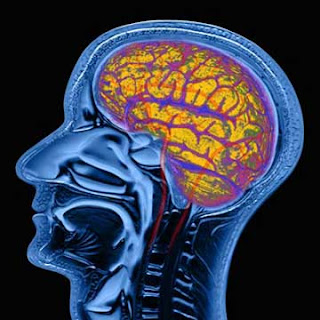 Steven Reiss is Emeritis Professor of Psychology and Psychiatry at Ohio State University. He has a nice little piece in Psychology Today called "Are Brain Scientists Disproving God or Darwin?" Reiss's answer to both is: "No."

A casual reader might agree that brain science studies are not disproving evolutionary theory, but believe that such studies are disproving God's existence. Reiss cites a recent article by Lionel Tiger. (Wall Street Journal op ed, 3/27/10) Tiger's "premise is that religion is a belief in the supernatural world, but brain science might prove that religion is part of the natural world. He suggests the possibility of attacking religion, not by dealing with the truth or invalidity of each of the specific statements of theology, but categorically by making the supernatural natural." But if brain science invalidates all metaphysical ideas, this will be bad for many things we believe to be true but which have no physical status and, hence, are meta-physical or super-natural (beyond physical nature). Reiss writes: "Plato long ago distinguished between the physical and the meta-physical, that is, the natural and the supernatural. Today the physical includes everything in the here and now, such you and me. The meta-physical includes real things not in the here and now, such as our memory of Charles Darwin, the "truth" of evolution theory, the number 5, and of course, God."

Consider, for example, the number '5." "5" is, surely non-physical. "5" doesn't have a Facebook page. I do expect to walk out my back door and see chickadees at my feeder, but I should be shocked to see the number 5 sunning on the deck. It's the same for "truth." I can weigh a chickadee, but cannot weigh truth. "So if someone were to conclude there is no God because beliefs about God are beliefs in the supernatural, and supernatural does not exist, we also should conclude that mathematics isn't true because numbers are not natural."

Brian science is interesting. Brain science tells us about the brain. Personally, I've been upping my brain science studies for a number of philosophical and theological reasons, as well as the fact that I find the human brain so ridiculously captivating. But for all that, brain science can tell us nothing about God, or "5," or "truth," or "the theory of evolution." To think so is to make a Ryleian kind of category mistake.
Posted by John Piippo at 2:33 PM