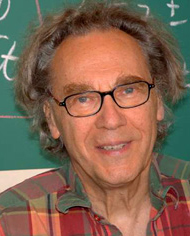 I'm reading M.I.T. physicist Walter Lewin's For the Love of Physics: From the End of the Rainbow to the Edge Of Time - A Journey Through the Wonders of Physics. The hyper-brilliant Lewin might be the greatest physics teacher of all-time.

Lewin is not big on string theory or "its souped up cousin superstring theory." He writes: "Theoretical physicists, and there are some brilliant ones doing string theory, have yet to come up with a single experiment, a single prediction that could test any of string theory's propositions. Nothing in string theory can be experimentally verified - at least so far. This means that string theory has no predictive power, which is why some physicists, such as Sheldon Glashow at Harvard, question whether it's even physics at all."

Lewin mentions Brian Greene's The Elegant Universe as being "charming and beautiful." And "Edward Witten's M-theory, which unified five different string theories and posits that there are eleven dimensions of space, of which we lower-order beings see only three, is pretty wild stuff and is intriguing to contemplate."

M-theory is Stephen Hawking's answer, but Lewin finds it "way out there." It reminds him of his grandmother, so he goes on to tell a story.

So far Lewin's book is, for me, a great read. I was taken aback when he wrote about how most of his family members were murdered in the Holocaust.
Posted by John Piippo at 12:32 AM