I'll be at our annual HSRM Summer Conference June 26-30 at Green Lake Conference Center, Green Lake, Wisconsin. Our conference theme is "That the World May Know." Our guest speakers are Randy Clark and Rachel Hickson.

For conference information and registration go to hsrm.org. Randy Clark, international renewal leader, pastor, author, and Holy Spirit fire-starter: We are very excited to announce that internationally known speaker, leader, and Holy Spirit fire-starter Randy Clark is returning for the first 2011 Holy Spirit Conference at Green Lake next summer. Randy's latest book, There is More: Reclaiming the Power of Impartation, should be read by all who are hungry for more of God and who yearn to see His kingdom come from heaven to earth. On January 20, 1994, an unassuming pastor from St. Louis walked into a small storefront church near the Toronto airport. Originally scheduled for 4 days, his meetings have turned into a worldwide revival that has impacted millions of people. Randy was utterly surprised when God began to use him in a powerful healing ministry. What amazed him even more, however, was the fact that the people he touched through the laying on of hands ended up doing even more astonishing things! Now an international speaker and leader (Global Awakening), Randy Clark demonstrates the Lord's sovereign power to heal. From his American Baptist roots to the Westminster Chapel in London, to the St. Thomas the Apostle Roman Catholic Church in Australia, Randy has been welcomed into a plethora of different streams. Randy has traveled to over 36 countries and continues to travel extensively to see that God's mandate on his life be fulfilled. 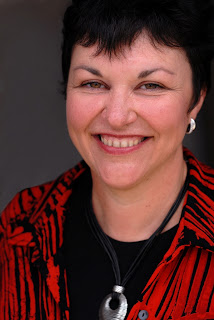 Rachel Hickson, outstanding British speaker, author, leader, and pastor: Rachel Hickson traveled the world with her husband Gordon, working with Reinhard Bonnke in Africa and the Far East . They returned to England in 1990 and were the Senior Pastors of a group of 4 churches in the Watford area for 8 years. During this time God began to open doors into Europe and the nations and they traveled with their ministry called 'HEARTCRY'. Rachel has a passion to see cities transformed through the power of prayer and evangelism. One of her projects links churches and prayer ministries across London, which has developed a city strategy called the London Prayernet. Rachel and husband Gordon now live in Oxford. Rachel has published five books - Supernatural Communication - The privilege of Prayer, Supernatural Breakthrough - the Heartcry for Change, Stepping Stones to Freedom, Eat the Word,Speak the Word and Pathway of Peace.


Rachel nearly died in a road accident at 24 years old but lived and experienced God's healing power in Zimbabwe . Rachel ministers with a passion for Jesus and a desire to see His purposes fulfilled in our day. Rachel has been married to Gordon for 30 years, and they have 2 children, their daughter, Nicola (who is married to Tim and lives in Australia ) and their son, David, who is married to Jenny and lives in Peterborough . Rachel, is a daughter of missionaries, and lived in India as a child. Check out her website: http://www.heartcryforchange.com/.
Posted by John Piippo at 4:23 PM