The Psychology of Atheism: Part I 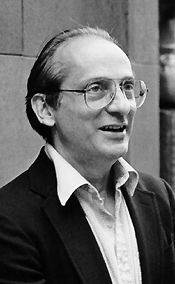 I just read "The Psychology of Atheism," by Paul Vitz, Professor Emeritus of Psychology at New York University. (In Dallas Willard, ed.; A Place for Truth) Vitz talks about the psychological reasons for unbelief. "Most psychologists view with some alarm an attempt to propose a psychology of atheism. At the very least, such a project puts many psychologists on the defensive and gives them at least a small taste of their own medicine. Psychologists are always observing and interpreting others, and it is time that some of them learn from their own experience what it is like to be put under the microscope of psychology theory and evidence." (136)

Vitz begins by giving two points that bear on his basic assumptions. First, Vitz assumes "that the major barriers to God are not rational but in a general sense can be called psychological... I am quite convinced that for every person strongly swayed by rational argument, there are countless others more affected by nonrational, psychological factors. The human heart: no one can truly fathom it or know all of its deceits, but at least it is the proper task of the psychologist to try." (Ib.) Psychological barriers to belief in God are both many and "of great importance." (Ib.) Further, "people vary greatly in the extent to which these factors have been present in their lives." (137)

Secondly, "in spite of serious psychological barriers to belief, all of us have a free choice to accept or reject God." (Ib.)

Vitz believes there is "a widespread assumption throughout much of the intellectual community that belief in God is based on all kids of irrational, immature needs and wishes, but that somehow or other skepticism or atheism is derived from a rational, non-nonsense appraisal of the way things really are." (137-138) He then gives his own story of how he became an atheist as an undergraduate at the University of Michigan in the 1950s. One of the major factors for this was "general socialization," though Vitz was unaware of it at the time. He was embarrassed about his upbringing in Cincinnati and "wanted to take part and be comfortable in the new, exciting, glamorous, secular world into which I was moving at that time at the University of Michgian as an undergraduate." (139) Such "socialization pressure" has pushed many people away from God-belief "and all that this belief is associated with for them." (Ib.)

A final, superficial-but-very-strong-irrational-pressure to become an atheist, was "personal convenience." (139) Simply put, it is inconvenient "to be a serious believer in today's powerful neo-pagan world." Which meant, for Vitz, the world of academia. "It's not hard to imagine the pleasuresthat would have to be rejected if I became a serious believer." (140) And the time it would require.

For Vitz, his "decision" to become an atheist was more a matter of his will than his intellect. Because of his "personal needs for a convenient lifestyle," and his "professional needs to be accepted as part of academic psychology," "atheism was simply the best policy." (141) But there are deeper psychological reasons for atheism, to which Vitz then turns.

Vitz has sympathy with atheists who have deeper psychological reasons for being an atheist. They are often the most passionate of atheists, and not just casual, internet atheists. Vitz begins by talking about Sigmund Freud's psychology of religious belief, because Vitz is going to use Freud in forming a psychology of atheism.
Posted by John Piippo at 3:09 PM