Defanging the Evidential Argument from Evil 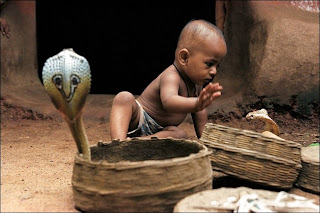 I'm enjoying reading Michael J. Murray's Nature Red in Tooth and Claw: Theism and the Problem of Animal Suffering. Murray's ch. 1 on the  Evidential Argument (EA) from evil is excellent. Students who have taken my Philosophy of Religion class and studied William Rowe's presentation and Stephen Wykstra's refutation would find Murray clarifying.

There are four ways to reject this argument. The first response is to show that we have good reason to believe in the existence of God. We then have the following.

One who argues this way finds it more reasonable to accept (5) than to accept (2). Evidence for God's existence outweighs evidence that at least one of the evils in our world is a GE.

The second way to respond to the EA "is to offer what appear to be good reasons for God to allow the evils that there are." (23) "If there are such reasons, it will make us far less confident that other evils (which we cannot explain) really don't have any explanation." (Ib.) One does not have to explain every evil or every kind of evil. Giving some good reasons to doubt (2) lowers our confidence that (2) is true. Murray gives an example of how this works (see 23-24).

The third response to the EA is the "inscrutability response." Which is: we are not in the proper epistemic position to affirm the truth of (2). "Such theorizing, we might conclude, is simply beyond our ken." Murray calls this "noumenalism" after Kant, who reasoned that noumenal reality cannot be epistemically apprehended. We may forever be stuck at "the level of appearances" when it comes to evil.

The fourth way Murray gives turns out to be the approach he takes in the rest of his book as he responds to the Darwinian argument from evil (seemingly gratuitous animal suffering). I'll probably write about this soon.
Posted by John Piippo at 11:20 PM