The Church of Oprah & the Good News of Suffering 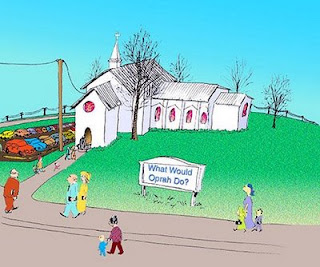 Mark Oppenheimer, in "The Church of Oprah Winfrey and a Theology of Suffering," considers the idea that Oprah Winfrey, on her TV show:
Women, according to Oprah, can transcend their sufferings by trying harder. If this is so, "then people have only themselves to blame for their misery.”

On "Oprah" “guests are forced to admit their worst transgressions.”