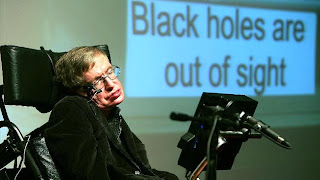 In Sunday's Guardian interview Steven Hawking states his belief that there is no existence after death. He says: "I have lived with the prospect of an early death for the last 49 years. I'm not afraid of death, but I'm in no hurry to die. I have so much I want to do first. I regard the brain as a computer which will stop working when its components fail. There is no heaven or afterlife for broken down computers; that is a fairy story for people afraid of the dark."

This is no surprise since he's an atheist, as he most recently declared in his The Grand Design. If atheism is true I think it's not possible posit life after death. Note: Hawking also announced that philosophy is dead. But philosophy is alive, as evidenced not only by the existence of university philosophy departments but Hawking himself who engages in philosophizing, albeit poorly. Philosophy, contra Hawking, has an afterlife, so why not persons?

Hawking's brief psychological statements are not, of course, an argument for non-existence after death. Consider them:

(1) and (2) are false if universal quantification is intended. On atheists who are afraid of death see Julian Barnes's brilliant Nothing To Be Frightened Of.

Hawking is also in danger of committing the false cause fallacy.

If (4) was true, then Hawking dare not admit if if he does fear death, since if he doe he will inevitably invent a fairy tale about the afterlife.
Posted by John Piippo at 10:03 PM