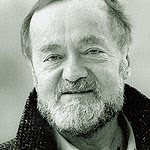 Although I teach logic and, in many ways, love it, in no way do I think that everything is "logical" and can be understood via logic. "Life," surely, is not captured by the steel nets of logic. Love is not essentially logical, and any attempt to logically argue for this is to ask one to fall in love with Mr. Spock. And moral issues cannot be understood by abtract logic sans context, as Stephen Toulmin told us years ago.

Toulmin the philosopher died on December 4. I was introduced to Toulmin in Harold I. Brown's philosophy of science class. When I was applied for Ph.D studies at Northwestern U. and the U. of Chicago, Toulmin was teaching at the latter. In The Uses of Argument Toulmin "criticized formal logic as an overly abstract, inadequate representation of how human beings actually argue. He also challenged its claims to universality, as well as its faith in absolute truth and moral certainty."

From the nytimes Toulmin-tribute we read: “Stephen’s essential contribution was to bring philosophy back from the abstractions of reason and logic — the world of Plato and Descartes — to the human condition,” said Roy Pea, a professor of learning sciences and education and the director of the Stanford Center for Innovations in Learning at Stanford University. “He argued that if we want to understand questions of ethics, science and logic, we have to inquire into the everyday situations in which they arise.”

Harold I. Brown spoke of Toulmin because Toulmin's Foresight and Understanding: An Enquiry Into the Aims of Science was often mentioned "in the same breath as Thomas Kuhn’s Structure of Scientific Revolutions.”

"Mr. Toulmin’s provocative ideas often encountered resistance at first, especially in Britain, and his work on argument was no exception. He proposed, instead of formal logic’s three-part syllogism, a model of persuasive argument consisting of six components. Some, he maintained, apply universally but others do not. Arguments, in other words, do not unfold in a Platonic ether, but in particular contexts. The Toulmin model proved to be highly useful for analyzing the strengths and weaknesses of arguments. It is commonly used in debate manuals, for example, but its applications have extended to the rhetorical interpretation of literary texts, computer science and artificial intelligence."

Toulmin argued that, in things like moral reasoning, historical and cultural contexts must be taken into account. One does not just argue "logically" in some kind of epistemic vacuum. The absolutism of idealized formal logic "fails to consider the field-dependent aspects of argument. Advocating a universal truth, absolutists believe that a standard set of moral principles — regardless of context — can solve all moral dilemmas. But Toulmin purported that many of these standard principles cannot be applied to day-to-day life in the real world." (Pamela Johnson, here)
Posted by John Piippo at 9:31 AM