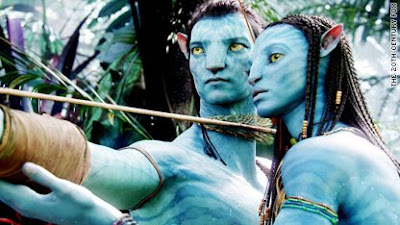 Jonah Goldberg of the LATimes has a nice article on "Avatar" - "'Avatar' and the Faith Instinct."

These findings, if they are true, surely will disappoint today's evangelical atheists, because God-belief will not essentially be something "irrational" that can be logically and empirically argued against.

The thought that now comes to me is that Wade's thesis can possibly fit into the noetic framework of Christian theism. It would here be instructive to read Michael J. Murray's essay "Belief in God: A Trick In Our Brain?" (in Contending With Christianity's Critics, eds. Paul Copan and William Lane Craig). Murray concludes his essay with:

"For the moment it seems perfectly acceptable for the Christian to hold that God created the world, human beings, and human minds in such a way that when they are functioning properly, they form beliefs in the existence of rocks, rainbows, human minds, and God...  This discovery echoes the claim made four hundred plus years earlier by John Calvin that 'there is within the human mind, and indeed by natural instinct, an awareness of divinity." (Copan & Craig, 57)
Posted by John Piippo at 9:15 AM