Surprise - Daniel Dennett Is Not Tillichian 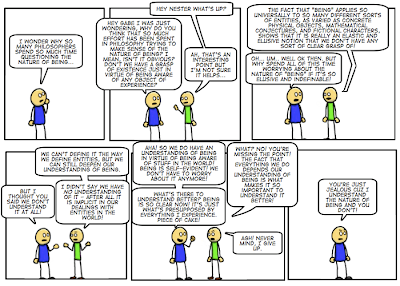 I just laughed out loud as I read Daniel Dennett's edge.org response to Jerry Coyne's science-religion essay. But first - what did not amuse me was Dennett's comedic psychology of religious belief-analysis of scientists who, amazingly, accept evolutionary theory and think God fits into it. Dennett's an excellent thinker but should stay away from whatever it is he's trying to do here.
But... I spoke at a conference this last year on God and philosophical naturalism, arguing for the latter as incoherent and for the coherence of (supernaturalistic) theism. One Christian scholar objected, saying they both believed in God and were themselves a naturalist. How could that be? It could be if one was a Tillichian. Paul Tillich's ontology of religious belief dismisses the miraculous. If that's true, what about God? Isn't God a super-natural (non-natural; not reducible to "nature") being? Not for Tillich. Instead, indebted to Heidegger, God is "The Ground of Being." It is, frankly, a sensible idea. I don't agree with it, but it's not nonsensical. But I am certain Heidegger is not real popular among scientific philosophical naturalists.
Dennett writes: "I haven't any idea what the Ground of All Being is, so I guess I don't have to be an atheist about that. Maybe the process of evolution by natural selection just is God! Now there's a way of reconciling evolution with religion!" Now that is funny. Kudos to Daniel Dennett.
Posted by John Piippo at 10:07 PM