(Yet) More on Free Will & Neuroscience 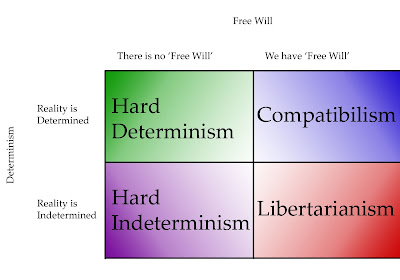 I tell my philosophy students: If you want employment in the days ahead, get a degree in neuroscience. In neuro-anything. Because anything and everything is getting reduced to the brain, to neural activity. Persons are, it is widely claimed, their neurons.

Michael Gazzaniga is a neuroscientist who thinks personal responsibility emerges from the interaction of neurons and mental states. His new book is Who's in Charge?: Free Will and the Science of the Brain. Gazzaniga is interviewed here in the Scientific American.

Free will, says Gazzaniga, "is on every thinking person’s mind." Not literally, of course, since it seems, for Gazzaniga, there neither is a "mind" and there is nothing "on" it. How misleading our language about "mind" is!

A main question is: are we responsible for our actions? Our are we like programmed robots who do not and cannot act on their own?

Why might a neuroscientist think we don't have free will? Here's the reason:

"Whatever your beliefs about free will, everyone feels like they have it, even those who dispute that it exists. What neuroscience has been showing us, however, is that it all works differently than how we feel it must work. For instance, neuroscientific experiments indicate that human decisions for action are made before the individual is consciously aware of them. Instead of this finding answering the age-old question of whether the brain decides before the mind decides, it makes us wonder if that is even the way to think about how the brain works. Research is focused on many aspects of decision making and actions, such as where in the brain decisions to act are formed and executed, how a bunch of interacting neurons becomes a moral agent, and even how one’s beliefs about whether they have free will affect their actions. The list of issues where neuroscience will weigh in is endless."

OK. And, of course, Gazzaniga's physical brain came up with these ideas before "Gazzaniga" (whoever he might be) wrote them down.

Gazzaniga talks about "mental states" and "neurons" as, in a famous computer metaphor, "software" and "hardware." In a computer, both are required. And they interact. So how doe "mental states" and "neurons" interact? We don't know. "How are we to capture an understanding how the two layers interact? For now, no one really captures that reality and certainly no one has yet captured how mental states interact with the neurons that produce them. Yet we know the top mental layers and the layers beneath it, which produce it, interact."

So... what about "free will?' It must be, it will be, abandoned. The idea of "free will," says Gazzaniga, is the "flat earth theory" of our time. "I think we will get over the idea of free will and and accept we are a special kind of machine, one with a moral agency which comes from living in social groups. This perspective will make us ask new kinds of questions."

Now that needs to be developed. What can that mean? Presumably Gazzaniga's book will shed more light on this. And, enter neurophilosophy and neurotheology. See, e.g., here and here (two recent books I've read).
Posted by John Piippo at 9:12 AM