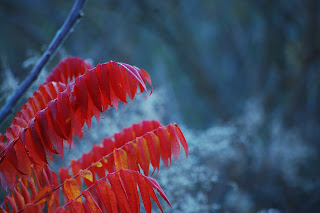 We have a lot of young people in our church family. I love them all!

Sadly, many young people are failing to connect with "church." George Barna, in a recent post, gives us six reasons for this. I'm just quoting these in their entirety. For the full article, with explanation, go here.

***
Reason #1 – Churches seem overprotective.
A few of the defining characteristics of today's teens and young adults are their unprecedented access to ideas and worldviews as well as their prodigious consumption of popular culture. As Christians, they express the desire for their faith in Christ to connect to the world they live in. However, much of their experience of Christianity feels stifling, fear-based and risk-averse. One-quarter of 18- to 29-year-olds said “Christians demonize everything outside of the church” (23% indicated this “completely” or “mostly” describes their experience). Other perceptions in this category include “church ignoring the problems of the real world” (22%) and “my church is too concerned that movies, music, and video games are harmful” (18%).
Reason #2 – Teens’ and twentysomethings’ experience of Christianity is shallow.
A second reason that young people depart church as young adults is that something is lacking in their experience of church. One-third said “church is boring” (31%). One-quarter of these young adults said that “faith is not relevant to my career or interests” (24%) or that “the Bible is not taught clearly or often enough” (23%). Sadly, one-fifth of these young adults who attended a church as a teenager said that “God seems missing from my experience of church” (20%).
Reason #3 – Churches come across as antagonistic to science.
One of the reasons young adults feel disconnected from church or from faith is the tension they feel between Christianity and science. The most common of the perceptions in this arena is “Christians are too confident they know all the answers” (35%). Three out of ten young adults with a Christian background feel that “churches are out of step with the scientific world we live in” (29%). Another one-quarter embrace the perception that “Christianity is anti-science” (25%). And nearly the same proportion (23%) said they have “been turned off by the creation-versus-evolution debate.” Furthermore, the research shows that many science-minded young Christians are struggling to find ways of staying faithful to their beliefs and to their professional calling in science-related industries.
Reason #4 – Young Christians’ church experiences related to sexuality are often simplistic, judgmental.
With unfettered access to digital pornography and immersed in a culture that values hyper-sexuality over wholeness, teen and twentysometing Christians are struggling with how to live meaningful lives in terms of sex and sexuality. One of the significant tensions for many young believers is how to live up to the church's expectations of chastity and sexual purity in this culture, especially as the age of first marriage is now commonly delayed to the late twenties. Research indicates that most young Christians are as sexually active as their non-Christian peers, even though they are more conservative in their attitudes about sexuality. One-sixth of young Christians (17%) said they “have made mistakes and feel judged in church because of them.” The issue of sexuality is particularly salient among 18- to 29-year-old Catholics, among whom two out of five (40%) said the church’s “teachings on sexuality and birth control are out of date.”
Reason #5 – They wrestle with the exclusive nature of Christianity.
Younger Americans have been shaped by a culture that esteems open-mindedness, tolerance and acceptance. Today’s youth and young adults also are the most eclectic generation in American history in terms of race, ethnicity, sexuality, religion, technological tools and sources of authority. Most young adults want to find areas of common ground with each other, sometimes even if that means glossing over real differences. Three out of ten young Christians (29%) said “churches are afraid of the beliefs of other faiths” and an identical proportion felt they are “forced to choose between my faith and my friends.” One-fifth of young adults with a Christian background said “church is like a country club, only for insiders” (22%).
Reason #6 – The church feels unfriendly to those who doubt.
Young adults with Christian experience say the church is not a place that allows them to express doubts. They do not feel safe admitting that sometimes Christianity does not make sense. In addition, many feel that the church’s response to doubt is trivial. Some of the perceptions in this regard include not being able “to ask my most pressing life questions in church” (36%) and having “significant intellectual doubts about my faith” (23%). In a related theme of how churches struggle to help young adults who feel marginalized, about one out of every six young adults with a Christian background said their faith “does not help with depression or other emotional problems” they experience (18%).

Note: doubters, questioners, and dialoguers are welcome at Redeemer. I love talking with young people about their questions. Who wants to join me at Panera Bread?
Posted by John Piippo at 11:20 PM