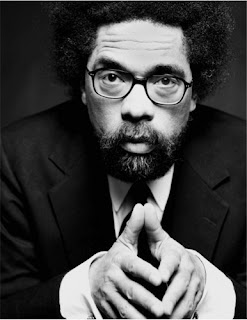 Union Theological Seminary in New York City has just announced the appointment of Cornel West as Professor of Philosophy and Christian Practices. Dr. West is "one of America’s most influential civil rights activists, authors, commentators and scholars." West has taught at Harvard, Yale, and "is currently the Class of 1943 University Professor in the Center for African American Studies at Princeton University and will maintain his ties to Princeton as Professor Emeritus." Princeton’s president, Shirley Tilghman, said that Dr. West had helped create “one of the world’s leading centers for African-American studies” at Princeton.

Dr. Serene Jones, President of Union, says: “Some call Cornel West this generation’s Reinhold Niebuhr (a legendary Union Professor), but I think he’s in a class by himself. Cornel is, quite simply, the leading public theologian of our age.”

The nytimes reports this here. "The school, where the eminent theologian Reinhold Niebuhr taught, is also known as the birthplace of black theology. James H. Cone, a foremost scholar in that tradition, is still on the faculty."

West says that Union was “the institutional expression of my core identity as a prophetic Christian.”

I feel excited about this. West is simply brilliant and radical and, I am certain, an important prophetic voice. I'll look forward to following him as he lives out his core identity. It will interesting to see if and how West and the equally brilliant Cone collaborate more intimately on things having to do with the kingdom of God.

BTW, it's freedom and joy to discover one's core identity. Serene Jones says, "as you get older, the more integrated your life is, the healthier it feels and the less time you have to spend waking up deciding who you’re going to be that day. At Union, he just has to be Cornel.”
Posted by John Piippo at 7:32 AM