Spiritual Warfare, the Reality of Satan, and the Demonic 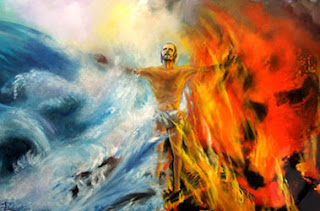 This coming Sunday my colleague Josh Bentley and I will co-preach on Spiritual Warfare, the Reality of Satan, and the Demonic. We're doing this in preparation for Angela Greenig being with us next week.

Here are some thoughts I have as I am now prepping for this.
On Sunday I'll first preach out of Ephesians 6:12 - For our struggle is not against flesh and blood, but against the rulers, against the authorities, against the powers of this dark world and against the spiritual forces of evil in the heavenly realms.

Then Josh will preach on deliverance ministry.

Then, we'll see what God does.