P.Z. Myers and Bill Craig on Animal Suffering and the Prefrontal Cortex 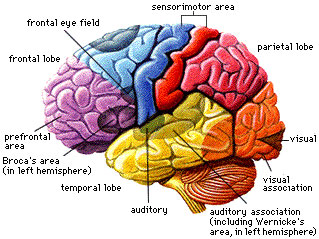 Angry atheist biologist P.Z. Myers attacked William Lane Craig yesterday on the matter of animal suffering. Myers writes: "Kitties experience pain and suffering, which turns out to be a theological problem." The problem of the suffering of morally innocent animals presents itself as an argument from evil (of such suffering) against the existence of God.

Myers challenges William Lane Craig, who has written that "even though animals may experience pain, they are not aware of being in pain. God in His mercy has apparently spared animals the awareness of pain. This is a tremendous comfort to us pet owners. For even though your dog or cat may be in pain, it really isn't aware of it and so doesn't suffer as you would if you were in pain." This is because, supposedly, only humanoid primates have a prefrontal cortex, which is the part of the brain where self-awareness is located.

While Craig's claim may sound insensitive, especially to pet-owning anthropomorphists, it is really more sophisticated and subtle than one might imagine. Bill quotes, re. the prefrontal cortex, philosopher Michael Murray's recent Nature Red in Tooth and Claw: Theism and the Problem of Animal Suffering. I've got Murray's book, and as I've been reading it I'm learning a lot about the deeper discussion surrounding this issue. Myers himself shows awareness of some of these deeper issues, as seen by his objections to Craig.

One of Myers's objections is this:

"Craig (or possibly his source, Murray), misrepresent the science. They claim that the prefrontal cortex "is missing in all animals except for the humanoid primates." This is simply false! I've personally done histological work and surgery on the prefrontal cortex of cats, many years ago, and you can find papers describing the prefrontal cortex of opossums, and just about any common mammal you can think of. Craig has made a truly bizarre claim, like declaring that only people have noses or something."

I think Myers is correct on this, and Craig and Murray are wrong. Even though some have argued that

"The main difference between a human brain and that of other animals is the prefrontal cortex. Most mammals have little or no prefrontal cortex." (Xuxa Thorsen, "Prefrontal Cortex and Evolution")
Assume, as Myers and I do, that Craig's assertion is false. It forms a premise leading to the conclusion: Animals do not experience pain as humans do. Myers writes: "An assertion built on a false premise is likely to be false itself." Yes and no. Only if the premise is needed to establish the conclusion. In Bill's response it is needed; in Murray's text it is not.
For anyone interested in a theistic response to the problem of animal, Murray's book is must reading.
Myers, in angry atheist fashion, dismisses Bill as he writes: "As is usual upon reading any argument by William Lane Craig, I find myself wondering if we shouldn't, in the name of common decency, have him locked up or in some way isolated from the sane human population." Huh?
Posted by John Piippo at 9:57 PM