Don't Cling to This Life 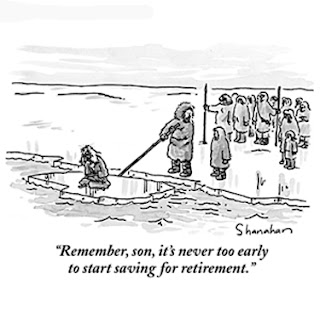 George Washington University sociologist Amitai Etzioni has an interesting article called "Put the Elderly on Ice?" The title is taken from an Eskimo folk tale which says that elderly people are put on an ice flow and allowed to float away into the sunset, and their death. Etzioni doesn't suggest we should do that (and the Inuit didn't do it either), but does have some things to say about the American way of dying and death.
I find this reasonable, from my Jesus-POV. I have a hope, grounded in the historical Jesus. But for those who do not have such a hope, then this life is all there is, and they cling to it.

"For nearly a century, but especially since the end of World War II, the medical profession has been waging an unrelenting war against disease—most notably cancer, heart disease, and stroke. The ongoing campaign has led to a steady and rarely questioned increase in the disease-research budget of the National Institutes of Health (NIH). It has also led to a sea change in the way Americans think about medicine in their own lives: We now view all diseases as things to be conquered. Underlying these changes have been several assumptions: that medical advances are essentially unlimited; that none of the major lethal diseases is in theory incurable; and that progress is economically affordable if well managed.
But what if all this turns out not to be true? What if there are no imminent, much less foreseeable cures to some of the most common and most lethal diseases? What if, in individual cases, not all diseases should be fought? What if we are refusing to confront the painful likelihood that our biological nature is not nearly as resilient or open to endless improvement as we have long believed?"
Posted by John Piippo at 3:00 PM