If a Person Is Cremated, What Kind of Body Will They Have At the Final Resurrection? 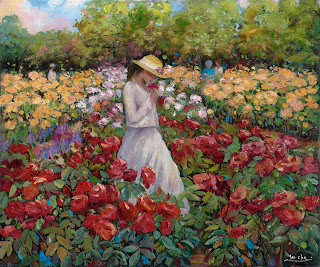 Michele, one of our Redeemer family members, wrote me this:

So the dead rise on the last day and we get new bodies. [I preached the last two weeks out of 1 Corinthians 15 on this - PJ.] But what happens if you are cremated and you have been scattered, let's say, in Comerica Park? [Go Tigers!]


First of all, you might get resurrected wearing a Tiger's jersey - not bad!
More seriously, remember the "seed" analogy Paul uses in 1 Corinthians 15. The verses say:

"When you sow, you do not plant the body that will be, but just a seed, perhaps of wheat or of something else. 38 But God gives it a body as he has determined, and to each kind of seed he gives its own body."

Using this analogy, I think this way. When we die and are buried in the ground, it's like our body is a "seed" planted in the ground. But when Christ comes and we are resurrected, we will look very, very different than when we were "planted" in the ground. We will have undergone a great metamorphosis, a great change of form, and not simply a "reconstitution." Some scholars say there is both a continuity and a discontinuity; that is, the plant comes from the same seed, but there is an amazing transformation - the plant looks nothing like the mere, naked seed.

Paul knows and believes that, when a person dies and are buried, their bodies "turn to dust." Jewish burials happened in two stages. Stage one: the body is laid in a tomb. Stage two: a year or so later, have the flesh on the body has disintegrated (returned to dust), the bones are collected and placed in a "bone box" (called an "ossuary'). Eventually, even the bones decay and decompose. So our bodies, from Paul's Jewish viewpoint, all become dust anyway. Our bodies are very "perishable." Paul knows this, so he writes, asking us to remember his "seed and plant" analogy:

God is able to take that which has "perished" and decayed and turned to dust and resurrect it or reconstitute it. Cremation will form no barrier to this, for God.

Thank you for your question - I hope this helps.

P.S. - Another Redeemer friend asked about what happens to a baby when it dies. I'll be posting my thoughts on this soon.
Posted by John Piippo at 11:23 AM