The Christian Roots of Free Societies 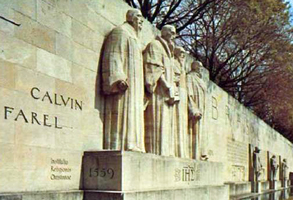 Thanks to J.B. for pointing me to “A ‘Christian’ Europe Without Christianity,” by David Gibson.


There are atheists and secularists in Europe that are not, of course, believers in the royal proclamation that Jesus is Lord, but who embrace "Christianity as a cultural, social, identity and moral platform." This embrace is necessary if Europe is to make its stand against radical Islam.

Italian journalist Oriana Fallaci “liked to describe herself as a "Christian atheist" -- an interesting turn of phrase -- because she thought Christianity provided Europe with a cultural and intellectual bulwark against Islam.” Niall Fergusen, a self-described “incurable atheist,” is “a vocal champion for restoring Christendom because, as he puts it, there isn't sufficient "religious resistance" in the West to radical Islam.”

European identity is fading, and some atheists are championing a return to the values of Christianity as their only hope.

Gibson writes: “One of Christendom's most prominent atheist advocates is the Italian philosopher and politician Marcello Pera. In 2004, he delivered a series of lectures with then-Cardinal Ratzinger that set out their shared view of the need to restore Christian identity in Europe in order to battle both Islam and moral degeneration. Later, Benedict wrote a forward to Pera's book, "Why We Should Call Ourselves Christians : The Religious Roots of Free Societies," which promotes Benedict's argument that Western civilization can be saved if people live "as if God exists," whether they believe that or not.”

That sent me scurrying to amazon.com to find Pera’s book. It’s coming out in September. Here’s from amazon’s review:

“Not only is anti-Christian secularism wrong, it is also risky. It's wrong because the very ideas on which liberal societies are based and in terms of which they can be justified—the concept of the dignity of the human person, the moral priority of the individual, the view that man is a “crooked timber” inclined to prevarication, the limited confidence in the power of the state to render him virtuous—are typical Christian or, more precisely, Judeo-Christian ideas. Take them away and the open society will collapse. Anti-Christian secularism is risky because it jeopardizes the identity of the West, leaves it with no self-conscience, and deprives people of their sense of belonging. The Founding Fathers of America, as well as major intellectual European figures such as Locke, Kant, and Tocqueville, knew how much our civilization depends on Christianity. Today, American and European culture is shaking the pillars of that civilization.”

Pera, remember, is an atheist.

For certain European secularists, who are watching the Islamification-waters rising around them, secularism lacks the moral strength to stand against those waters. So they are advocating a “Christian atheism.”

Now that is interesting, isn’t it? I will be following this idea, with its many ramifications.