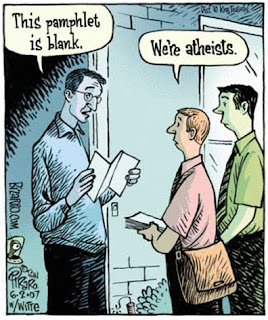 In Good God: The Theistic Foundations of Morality, theistic philosophers David Baggett and Jerry Walls cite Yale's Arthur Leff on the difficulties of postmodern morality. Leff shows that " coming up with a suitable moral substitute for God is no easy task. What is required is some convincing account of who, short of God, has the authority to provide normative moral evaluations and obligations. When finite, fallible beings attempt to take that role, they invariably invite “what is known in barrooms and schoolyards as ‘the grand sez who’?”"

If all we have when it comes to morality is ourselves, and no God-as-Moral-Lawgiver, Leff finds our prospects "dismal." To express this Leff writes a poem:

As things now stand, everything is up for grabs.
Nevertheless: Napalming babies is bad.
Starving the poor is wicked.
Buying and selling each other is depraved.
Those who stood up to and died resisting Hitler, Stalin, Amin, and Pol Pot—and General Custer too—have earned salvation.
Those who acquiesced deserve to be damned.
There is in the world such a thing as evil. [All together now:] Sez who?
God help us.