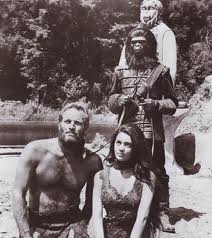 While others are watching TV tonight I have been reading. For several hours. Earlier today the Lions won. That's all the TV I need for one day.

Besides, its snowy, windy, and cold outside, and I have a cup of coffee. And some books on my Kindle.

I've read Boston U professor Stephen Prothero before (I read American Jesus), and am now reading God Is Not One: The Eight Rival Religions That Run the World--and Why Their Differences Matter. Prothero is not making a metaphysical claim about the being of God (as, God is, in his being, "one"). Rather, he critiques the naive and unstudied-yet-popular idea that all religions are "really saying the same thing." Which is false, as anyone who has actually read the various religious scriptures can attest to.

Prothero writes: "Religion is receding in many Western European countries [I think Philip Jenkins would dispute this, or at the very least want to discuss this]. But more than nine out of every ten Americans believe in God, and, with the notable exception of Western Europe, the rest of the world is furiously religious." (K 168-76)

The world religions are mostly different. To acknowledge this is good, to DaVinci-code this is bad. Prothero writes: "As my colleague Adam Seligman has argued, the notion of religious tolerance assumes differences, since there is no need to tolerate a religion that is essentially the same as your own. We pretend these differences are trivial because it makes us feel safer, or more moral. But pretending that the world's religions are the same does not make our world safer. Like all forms of ignorance, it makes our world more dangerous. What we need on this furiously religious planet is a realistic view of where religious rivals clash and where they can cooperate... [B]oth tolerance and respect are empty virtues until we actually know something about whomever it is we are supposed to be tolerating or respecting." (Ib., K 120-36)

Ours is a furiously religious planet. In this regard the prototypical Enlightenment-apes in "Planet of the Apes" had it wrong.
Posted by John Piippo at 11:58 PM