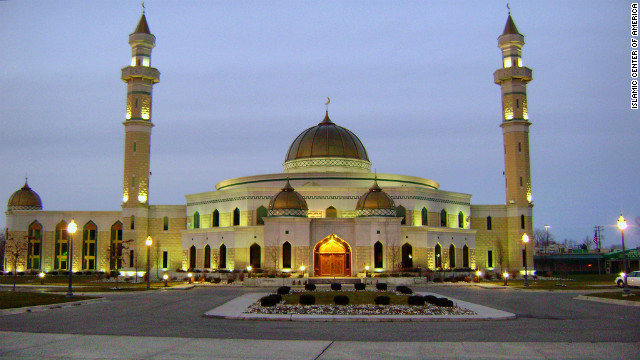 I've visited The Islamic Center of America a number of times. I'm not surprised it made CNN's "8 religious wonders to see in the U.S."


Although it is a modern mosque in Michigan, inspiration for the Islamic Center of America came from venerable houses of worship in Turkey, India and other countries.
With a stone-carved edifice and fiberglass dome, the mosque's design is distinct. Inside, visitors will find crystal chandeliers, imported granite and a prayer room decorated with Islamic motifs and calligraphy of Quranic verses created by a Lebanese artist.
The 65,000-square-foot facility services nearly 5,000 families in a city with one of the largest Arab-Muslim populations in the U.S. This site has only been open since 2005, but the Islamic Center of America has been serving America's Muslims since 1962.
Guests often are impressed with the mosque's beauty, but what they are most awed by is the center's openness, said Kassem Allie, the center's executive administrator.
"What people are kind of surprised about is we are so open to visitation and dialogue and collaboration," he said. "I think they think we're a closed organization. ... They find out who we are and the fact that we have an open house."
The Islamic Center of America is open to visitors from 9 a.m. to about 11 p.m. daily and free tours of the facility can be scheduled on its website.
Posted by John Piippo at 8:52 AM