What Are the Best Arguments Against God's Existence? 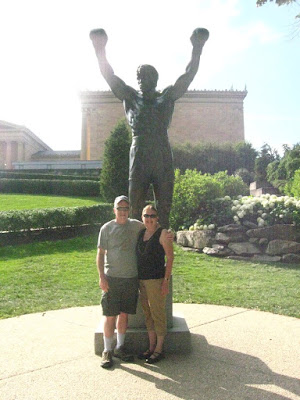 Linda and I are spending the night in the historic district of Philadelphia. We've just finished 9 days of "conferencing" in Wisconsin and, this weekend, in Philadelphia at Villanova University.
This weekend's conference was with my dear friends at Faith Bible Church in New York City. Dr. John Hao and his wife Rosie are the great leaders of FBC. This was their annual summer conference, and I was the main speaker for the English-speaking Chinese congregation.
As I was about the leave Villanova early this afternoon one of the young Chinese men asked me the question: what are the best atheistic arguments available today? My immediate answer was: 1) the evidential argument from evil; and 2) the argument from divine hiddenness. The two best books on these are: The Evidential Argument from Evil, edited by Daniel Howard-Snyder, and Divine Hiddenness: New Essays, edited by Howard-Snyder and Paul Moser. Both books are collections of essays written by atheists, agnostics, and theists. If you want to dive into these arguments these are the books to begin with. (Note: they are rigorous philosophically.)
I brought Divine Hiddenness with me on these trips, and read several essays. I was especially taken by philosopher Paul Moser's essay "Cognitive Idolatry and Divine Hiding." I think I'm going to give it a re-read. Especially since J.P. Moreland, who was the main speaker at the Wisconsin conference I was at, highly recommended the work Moser is now doing. I'd really like to read Moser's edited collection of essays Jesus and Philosophy: New Essays. Nicholas Rescher calls Moser's The Elusive God: Reorienting Religious Epistemology "a profound and illuminating treatment on as big an issue as issues get." To me it looks like Moser's "Cognitive Idolatry" essay in Divine Hiddenness is a brief version of his full-blown study done in The Elusive God. But... it's $72.
Posted by John Piippo at 9:42 PM