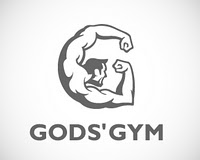 24 Do you not know that in a race all the runners run, but only one gets the prize? Run in such a way as to get the prize. 25 Everyone who competes in the games goes into strict training. They do it to get a crown that will not last, but we do it to get a crown that will last forever. 26 Therefore I do not run like someone running aimlessly; I do not fight like a boxer beating the air. 27 No, I strike a blow to my body and make it my slave so that after I have preached to others, I myself will not be disqualified for the prize.
- Paul, in 1 Corinthians 9:24-27

The Greek of 1 Timothy 4:7 is: γύμναζε δὲ σεαυτὸν πρὸς εὐσέβειαν. The first word of this phrase is gymnaze. We get the words "gym" and "gymnasium" from this. Paul instructs Timothy to exercise in the spiritual gymnasium. Do worship reps and prayer reps and Scripture reps (AKA meditation on Scripture).

In Christian spirituality, repetition (AKA "meditation") is good. We learn to pray and learn about prayer as relationship with God, not primarily by reading books on prayer or attending conferences on prayer, but by actually praying, and praying a lot.

"They all joined together constantly in prayer" - Acts 1:14.

Wanting to pray without engaging in lots of prayer means nothing. Desire without discipline is an illusion. Intentions minus actions = squat. (Thank you J.H. for this one.)

Speaking of "squat," serious weightlifters and bodybuilders do lots and lots of reps to build muscle. Analogically, praying constantly builds spiritual strength. Contrast this to a little McPrayer, which only builds spiritual plaque. McPrayer contributes to hardening of the spiritual arteries. Many prayer reps in God's Gymnasium makes for a strong heart.

Constant repetition forms habits. And, it creates new neural connections in the physical brain. I am pleased to see N.T. Wright writing about such things: "When people consistently make choices about their patterns of behavior, physical changes take place within the brain itself... Parts of the brain actually become physically enlarged when an individual’s behavior regularly exercises them." Wright, N. T., After You Believe: Why Christian Character Matters,  p. 37). The physical brain is "plastic"; it is malleable. It changes. This is good news for anyone who want to change. For example, if you are a guitar player and want to play like Joe Satriani, then practice scales in the Lydian mode - over and over and over and over and... ad infinitum.  When you can play them without striving over them, that is the sign that, neurally, your physical brain has morphed.

Paul, without knowing a thing about contemporary neuroscience, would be pleased. Exercise unto godliness! Choose to go apart to pray and meditate on Scripture today. Then, choose this tomorrow. And the next day. And the next. God, by His Spirit, will morph your heart into a praying, Scripture-loving heart. Prayer and Scripture meditation will become "second nature." At this point striving and rule-keeping disappears. N.T. Wright refers to this as the development of Christlike "character." Wright writes:

"Jesus... speaks repeatedly about the development of a particular character. Character—the transforming, shaping, and marking of a life and its habits—will generate the sort of behavior that rules might have pointed toward but which a “rule-keeping” mentality can never achieve. And it will produce the sort of life which will in fact be true to itself—though the “self” to which it will at last be true is the redeemed self, the transformed self, not the merely “discovered” self of popular thought... In the last analysis, what matters after you believe is neither rules nor spontaneous self-discovery, but character." (Wright, N. T., After You Believe: Why Christian Character Matters, p. 7).

Wright gives, as an analogy of how God forms the human heart into Christlikeness (Gal. 4:19), the story of Captain Chesley Sullenberger and Flight 1549. When Sullenberger's Airbus A320 took off from New York's La Guardia Airport everything was fine. But the Airbus flew into a flock of Canada geese. Both engines were damaged and lost their power. Captain Sullenberger and his co-pilot had to make several major decisions instantly. Wright describes them:

"In the two or three minutes they had before landing, Sullenberger and his copilot had to do the following vital things (along with plenty of other tasks that we amateurs wouldn’t understand). They had to shut down the engines. They had to set the right speed so that the plane could glide as long as possible without power. (Fortunately, Sullenberger is also a gliding instructor.) They had to get the nose of the plane down to maintain speed. They had to disconnect the autopilot and override the flight management system. They had to activate the “ditch” system, which seals vents and valves, to make the plane as waterproof as possible once it hit the water. Most important of all, they had to fly and then glide the plane in a fast left-hand turn so that it could come down facing south, going with the flow of the river. And—having already turned off the engines—they had to do this using only the battery-operated systems and the emergency generator. Then they had to straighten the plane up from the tilt of the sharp-left turn so that, on landing, the plane would be exactly level from side to side. Finally, they had to get the nose back up again, but not too far up, and land straight and flat on the water." (Ib., pp. 19-20)

How was Sullenberger able to pull this off? Wright says it was due to the "power of right habits." "You might say it was the result of many years of training and experience. You could call it “character,” as we have done so far in this book. Ancient writers had a word for it: virtue." (Ib., p. 20)

"Virtue, in this strict sense, is what happens when someone has made a thousand small choices, requiring effort and concentration, to do something which is good and right but which doesn’t “come naturally”—and then, on the thousand and first time, when it really matters, they find that they do what’s required “automatically,” as we say." (Ib.)

Consider this. When Jesus was hanging on the cross he looked at his torturers and asked the Father to forgive them. They don't know what they are doing. Here, in Jesus, was a heart of compassion. Jesus was not wearing a "WWID" bracelet, and asking himself, "In this situation What Would I Do?" On the contrary, his heart was compasionate and cruciform; his heart was love-shaped. Jesus actually loved (= felt love + acted on it) his oppressors and enemies. This is the amazing love of Jesus!

But another amazing Jesus-idea is found in Paul's hope that Christ might be formed in us; i.e., that our hearts might be Christ-shaped. If we have cruciformed hearts we will not have to ask "What Would Jesus Do?" We simply will act as Jesus acts. How does such a heart-transformation happen? Paul's answer is found in Romans 12:1-2.

1 Therefore, I urge you, brothers and sisters, in view of God’s mercy, to offer your bodies as a living sacrifice, holy and pleasing to God—this is your true and proper worship. 2 Do not conform to the pattern of this world, but be transformed [meta-morphed; change of form] by the renewing of your mind. Then you will be able to test and approve what God’s will is—his good, pleasing and perfect will.

"Virtue, in this strict sense, is what happens when someone has made a thousand small choices, requiring effort and concentration, to do something which is good and right but which doesn’t “come naturally”—and then, on the thousand and first time, when it really matters, they find that they do what’s required “automatically,” as we say. On that thousand and first occasion, it does indeed look as if it “just happens” but reflection tells us that it doesn’t “just happen” as easily as that. If you or I had been flying the Airbus A320 that afternoon, and had done what “comes naturally,” or if we’d allowed things just “to happen,” we would probably have crashed into the Bronx. (Apologies to any actual pilots reading this: you, I hope, would have done what Captain Sullenberger did.) As this example shows, virtue is what happens when wise and courageous choices have become “second nature.” Not “first nature,” as though they happened “naturally.” Rather, a kind of second-order level of “naturalness.” Like an acquired taste, such choices and actions, which started off being practiced with difficulty, ended up being, yes, “second nature.” (Ib., 20-21)

Dallas Willard has been writing about such things for many years. In Spiritual Disciplines, Spiritual Formation and the Restoration of the Soul, Willard describes a "disciple" of Christ as one who chooses to follow after Christ. A real disciple engages in the kind of spiritual disciplines Jesus engaged in while on earth. A Jesus-followers chooses to pray, chooses to get alone with God (solitude), chooses to fast as God leads, and chooses to memorize Scripture. God wants us to choose these spiritual behaviors so that, by the Spirit's power, the spiritual benefits of doing lots of prayer reps come to us. In this way spiritual strength and muscle is formed. Willard writes:

"What is discipline? A discipline is an activity within our power--something we can do--which brings us to a point where we can do what we at present cannot do by direct effort. Discipline is in fact a natural part of the structure of the human soul, and almost nothing of any significance in education, culture or other attainments is achieved without it. Everything from learning a language to weight lifting depends upon it, and its availability in the human makeup is what makes the individual human being responsible for the kind of person they become."

What happens as a result is "soul reformation." Willard says: "It is in union with these activities that God "restores my soul." The result is that I walk in paths of righteousness on his behalf as a natural expression of my renewed inner nature. Now my experiences and responses are all "hooked up" correctly. To develop a thorough understanding of this process and outcome on the basis of factual studies would be a major step toward attaining a genuinely Christian psychology or theory of the soul."

"Everyone who competes in the games goes into strict training." Do you want to compete in life? If so, then today do many sets of prayer reps and worship reps, and then do them tomorrow, and train the day after that, and the next day, and the next...  It is precisely as Christ is more and more formed in you that the striving and self-will ceases.