The Scandalous Jesus-Denying Behavior of Christians 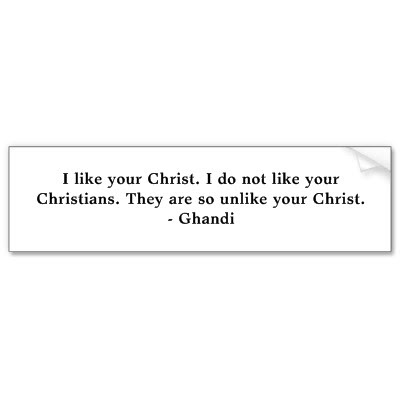 I'm reading through Ron Sider's The Scandal of the Evangelical Conscience. He quotes theologian Michael Horton as saying: “Evangelical Christians are as likely to embrace lifestyles every bit as hedonistic, materialistic, self-centered, and sexually immoral as the world in general.” (In Sider, 17)


Sider says, about our behaviors: “The statistics are devastating.” (Ib., 17) George Barna reports that the percentage of born-again Christians who divorce is actually higher than the percentage of non-Christians who divorce. In many parts of the "Bible Belt" the divorce rate is 50% above the national average. Studies show that, generally, the more money Christians make the less they give in proportion to their incomes.

Remember “True Love Waits,” A program sponsiored by the Southern Baptist Convention? The effort was: to reduce premarital sexual activity among our youth. Largely, the program failed. In their study of True Love Waits researchers from Columbia U. and Yale U. found that 88% of those who pledged sexual abstinence reported having sexual intercourse before they got married. Just 12% kept their promise. (In Sider, Scandal, 23)

Sider says: “To say there is a crisis of disobedience in the evangelical world today is to dangerously understate the problem… Our very lifestyle is a ringing practical denial of the miraculous in our lives. Satan must laugh in sneerful derision. God’s people can only weep.” (Scandal, 29)

Sider tells the story of Graham Cyster,a Jesus-follower he knows who lives in South Africa. One night, Cyster was smuggled into an underround Communist cell of young people who were fighting apartheid. They asked Cyster, “Tell us about the gospel of Jesus Christ.” They wondered if there was an alternative to the violent strategy they were embracing.

Cyster gave a clear, powerful presentation of the gospel. He showed how personal faith in Jesus transforms persons and creates a new body of believers where there is neither Jew nor Greek, male nor female, rich nor poor, black nor white. The communist youth were listening. Then, one 17-year-old said, “That is wonderful! Show me where I can see that happening.”

Cyster sadly responded that he could not think of anywhere in South Africa where Christians were truly living out the message of the gospel.

The 17-year-old angrily said, “Then the whole thing is a piece of crap.”

Sider writes: “Within a month he left the country to join the armed struggle against apartheid – eventually giving his life for his beliefs.”

Jesus said that those who love him keep his commands. It sure looks like there's not a lot of love out there for the Real Jesus.
Posted by John Piippo at 2:25 PM