Every Statement Marginalizes Someone 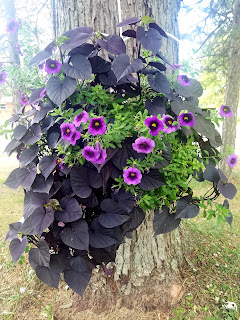 (Flowers in our front yard)

I believe the following propositions (i.e. 'statements') are true:

Such is the nature of truth. Truth always marginalizes. "Truth," whatever it is (e.g., as a property of statements), is not all-inclusive. (I'm now reading philosopher Simon Blackburn's book Truth: A Guide.)
Here is something that shocks most of my logic students, because they are so postmodern-relativistic: If a proposition (statement) is true, it is true for everyone.

5 - Jesus is not God incarnate.

P4 marginalizes all theists, such as myself. P5 marginalizes most Jesus-followers. P6 marginalizes Christian exclusivists such as myself. (See here Alvin Plantinga's essay "Pluralism: A Defense of Religious Exclusivism," Found in Louis Pojman's Philosophy of Religion: An Anthology.)
To say that P4, P5, and P6 "marginalize" me is to say they do not include me. I am outside the margins of any worldview that believes P4, P5, and P6. P6 may sound inclusive, but it is not. I am not included in the inner circle of P6-ers, because I believe P6 to be false. If P6 is good news to some, it is not good news to me, and I am not included in the celebration. (I think P6 is untenable for reasons that, e.g., Stephen Prothero gives in his book God Is Not One.)

Every proposition has a certain level of arrogance attached to it. Consider, e.g., the following:

7 - I am now writing this sentence.

P7 is, I believe, true. Or, a moment ago P7 was true, but now P7 is false. But still P7's truth was only probable, and someone could reasonably believe it was false. Nonetheless P7's arrogance-level seems to me to be low. Which means that most would accept P7 as having been true a moment ago.

8 - One should never try to convert others to one's own way of thinking.

P8 seems to have a high arrogance-level. Because P8 is itself a way of thinking that is being forced on someone like me who thinks P8 to be inherently false. P8 functions for me in the same way that P3 functions for others.

Let me try one more.

9 - Christian theists like Piippo think they are right and that people who disagree with them are wrong.

But of course. But so what? That is the nature of propositional thinking.
A proposition is a sentence that is either true or false. In logic there's no "true for me" stuff (i.e., don't commit the "subjectivist fallacy"). Every proposition contains a level of epistemic arrogance that necessarily marginalizes those who dissent.

This is unavoidable. Every proposition marginalizes. Every belief that engages you disengages someone else. Every belief disinvites someone to the party.
Posted by John Piippo at 7:24 PM