Marriage as Between a Man and a Woman - Some Resources 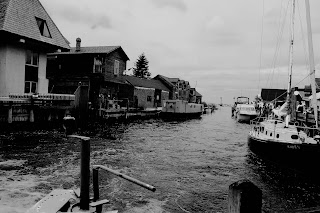 Here are some blog posts I have written that relate to marriage as exclusively between a man and a woman.

Addressing Same-Sex Marriage
For Jesus-Followers: How to Discuss Same-Sex Unions

Same-Sex Marriage is Not About "Marriage Equality," But About the Definition of 'Marriage'

Same-Sex Marriage Is Not About "Rights"
The Bible and Homosexuality - What Do We Do?
How to Have a Civil Discussion on Gay Marriage
What Do We Do When Loving God Conflicts with Loving Our Neighbor?
Gay Marriage and Gluttony
(More On) N T Wright on Gay Marriage
David Gushee's Failed Attempt to Affirm Same-Sex Marriage
David Gushee's "Embarrassingly Bad Exegesis"
My Views of Marriage Remain Unaffected by Ad Populum Reasoning
A Change of Affection: A Gay Man's Incredible Story of Redemption
Welcoming and Sometimes Disaffirming
To Disagree Is Not to Hate
To Love Is Not to Agree
A Letter to Christians About Gentleness and Respect
Craig Keener on Homosexuality and the Bible
The Bible Is a Heterosexual Book
"Arsenokoitais" (ἀρσενοκοίταις) in 1 Timothy 1:10 (et. al.)
Homosexuality: What About Shellfish? Or Wearing Garments with Two Kinds of Fabrics?

Should We Worry About the Sexual Behavior of Others?