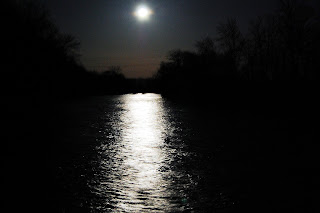 This coming Sunday evening I am speaking to our church's young adults. I get to hang out with them!

The subject is: SIN.

About a year ago I was discussing sin with a young person who reads my blog. They had a relativistic view of sin. They claimed that "sin changes," and varies over time and place. So, certain things the Bible calls "sin" are no longer viewed as sin in current American culture. Therefore, Christians need to readjust certain beliefs and fit them into the pattern of this world. (See Romans 12:1-2) They sounded, to me, like a moral relativist, which ends up being a difficult position to defend philosophically.

Moral relativism has been the cultural air we breathe in America for many years. It's popular, but intellectually shallow. It puts doubts about the reality of objective moral values in peoples' minds that no sane person should ever have. And, it entails that moral statements such as Racism is wrong is itself relative to our culture, yet subject to be changed in the future should what culture values changes.

Dallas Willard addresses this, and other moral matters, in his recent book The Disappearance of Moral Knowledge. Willard, the brilliant phenomenological philosopher, believed that...

"This shift in the overall cultural attitude towards moral knowledge is devastating for both individuals and society as a whole. To fail to recognize that, for instance, “lying is wrong” is how things are and can be based on appropriate evidence and instead come to treat it as mere feeling, or tradition, or uncertified opinion is to undermine the way that good and bad, right and wrong are meant to function in human life. Without a vision of the good life as truly good, human desire is left to want what it wants without the constraint of knowing what is good, better and best. Knowledge of good and bad, right and wrong recognized as knowledge (and not, for instance, as mere feeling) provides authoritative guidance for living. Dallas held that the authority of such guidance degenerates and, in fact, disappears when the authoritative institutions of Western culture cease presenting moral knowledge as publicly certifiable." (Steve Porter, "The Disappearance of Moral Knowledge: Exploring Dallas Willard's Parting Diagnosis of Our Cultural Moment")