William Lane Craig Featured in The Chronicle of Higher Education 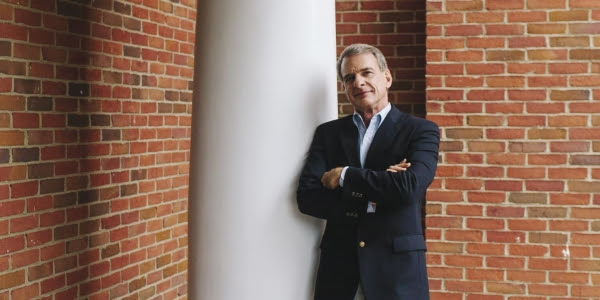 I was so pleased to see my friend Bill Craig featured in the recent Chronicle of Higher Education. See Nathan Schneider's "The New Theist: How William Lane Craig Became Christian Philosophy's Boldest Apostle." Linda and I were friends with Bill and his wife-to-be Jan. I sang in their wedding, and once wrote a song about their car they had named "Abijam."

I remember when Bill was preparing to take the Graduate Record Exam in philosophy. I was doing my undergraduate degree in philosophy at Northern Illinois University. Bill asked me what I thought of him reading F.C. Copleston's A History of Philosophy as he approached the GRE. I had Copleston's complete set and thought it a good idea. I am certain Bill aced the exam.

Schneider's entire essay is worth the read, as it talks about Bill's broad philosophical brilliance as well as the state of philosophers who are Christian theists today. Schneider writes:

"Any given debate about the existence of God or some related topic reveals the tremendous intellectual labor Craig has undertaken to that end. In addition to his two master's degrees and philosophy Ph.D. under [British philosopher John] Hick, he spent the early 1980s acquiring a further doctorate in theology at the University of Munich, where he studied the reliability of the source texts about the resurrection of Jesus [under the brilliant Wolfhart Pannenberg]. He has published more than 100 articles in philosophy and theology journals. The result is a person (verging on machine) who cannot only hold his own against fellow analytic philosophers on matters such as the possibility of an infinite regress and the nature of time, but who can also spar with physicists on the first milliseconds of the universe and with biblical scholars on the provenance of particular passages in New Testament Greek."
Posted by John Piippo at 10:22 PM