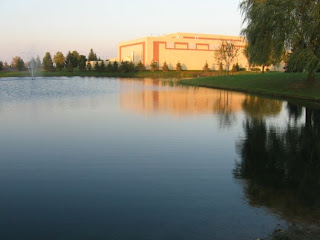 For my MCCC Philosophy of Religion students:

We will not have our Philosophy of Religion class on Monday, April 22.

Instead of our class I want you to watch the debate between neuroscientist and atheist Sam Harris, and philosopher and theist William Lane Craig.

The debate is here - The God Debate II: Harris vs. Craig.

The entire transcript of the debate is here - "Is the Foundation of Morality Natural or Supernatural?"

This debate will relate to the last two subjects of this semester's class, especially:

1) Gould's NOMA, and the claim that one cannot derive "ought" from "is." Harris seems to think this can be done.

2) Craig's metaethical argument for the existence of God.

I hope you enjoy watching this debate. After taking my class you should be able to understand a number of things going on in the debate that you would not have been able to comprehend when our class began.

In our April 24 class I will ask for your responses to the debate.