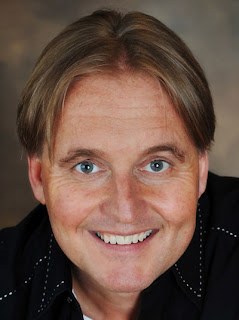 Leif Hetland is from the small town, Haugesund, in Norway. The Holy Spirit transformed a broken drug addict to become a world changer that is addicted to Jesus. Leif married his wife, Jennifer, in 1989 and they have four children.

Leif is the Founder and President of Global Mission Awareness, as well as Leif Hetland Ministries. Through 25 years of ministry in 76 nations, Leif is known as an "Ambassador of Love" and is a spiritual father to an apostolic network of churches, ministries, and missionaries. The present move of God has brought Leif into relationship with people like Randy Clark, Bill Johnson, Heidi Baker, Dr. RT Kendall, Jack Taylor and many more. Learning to be sensitive to Holy Spirit, he sees in the western world signs, wonders and miracles that a few years ago was only being experienced in third world nations.

Leif has authored 5 books and speaks in conferences all over the world. His heart is to develop a Kingdom Culture in every community that will BRING HEAVEN TO EARTH! Some of his messages known throughout the world are "Which Chair Are You Sitting In?", "Healing The Orphan Spirit", "Soaring As Eagles", and "A Kingdom World View".
Websites: http://leifhetlandministries.com/; http://www.globalmissionawareness.com/Groups/1000041279/About_Leif_and.aspx 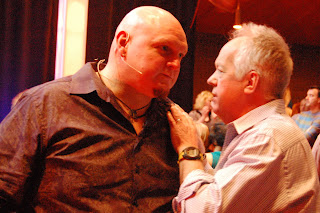 Robbie Dawkins (on the left)

Robby and his wife, Angie have pastored the Vineyard Church of Aurora, IL since 1996. Born to missionary parents in Japan, Robby had an early start in ministry. Robby and Angie feel that God called them to plant in a poor urban community, and continually use "power evangelism" to gather for the church. They estimate that over half of current attenders have come to Christ at the Vineyard Aurora, and that almost seventy-five percent of those have come through "power" encounters.

Robby is in demand as a leader and speaker who is effective in building up and equipping pastors and churches with power tools for harvesting. These power tools are prophetic ministry, healing, ministry of the presence of God, and deliverance from demonic power. Robby loves to tell literally hundreds of stories of his personal experiences, which include God using him and others he has mentored through the years to see God's Kingdom "break in" with signs and wonders. 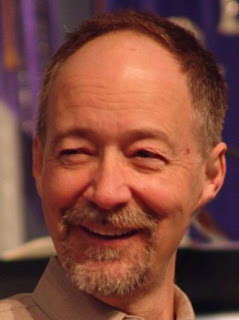 Joe McIntyre is the President of the International Fellowship of Ministries. Joe was converted in 1970 as the result of being witnessed to by a member of a Jesus People Christian communal group that targeted young people in the hippie lifestyle. Since 1980 Joe has pastored his church, Word of His Grace Church and Ministry Center, which is located in Bothell, WA.

Joe is driven by a passion to see believers walk in a deep, rich fellowship with God the Father. He is an excellent teacher who desires to cross-pollinate people from different movements. He is a great representative of the Word of Faith movement, and his balanced teachings bring a very eye-opening perspective to the Word of Faith message.
Websites: : http://www.thehealingcentre.us/pages.asp?pageid=99918; http://gssm.globalawakening.com/faculty-staff/visiting-faculty/joe-mcintyre

Registration:
Please register for our conference online at our hsrm.org website.
Posted by John Piippo at 1:34 PM