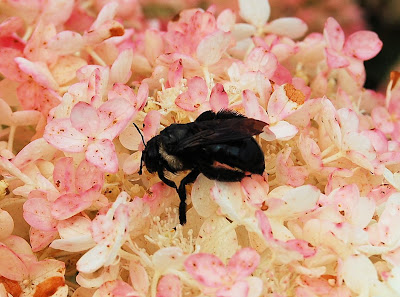 Atheist Christopher Hitchens wrote, in God is Not Great: How Religion Poisons Everything: "All my moral and intellectual being is penetrated by an invincible conviction that whatever falls under the dominion of our senses must be in nature and, however exceptional, cannot differ in its essence from all the other effects of the visible and tangible world of which we are a self-conscious part." (Kindle Locations 1191-1193)

That is a nicely worded sentence that is very hard to make any real sense out of. For Hitchens's "moral being" does not, and cannot, be discovered via sense perception, nor can it be understood via empirical, scientific study. Hitchens's "invincible [moral, or any, for that matter] conviction" is, if it is anything at all, non-empirical. Famously, one can't get "ought-convictions" from "is-empiricisms." One might (at least, in principle) explicate just what, physically, is going on when one self-describes the sense of moral conviction. But that explanation does not reduce "invincible convictions" to the domain of the senses, since that explanation is itself non-physical. One does not find "explanations" in nature.

So it seems rational to believe that there are things, events, feelings, explanations, that differ in essence from the stuff of the "visible and tangible world." And, "of which we are a self-conscious part," which very self-consciousness brings us to the "hard problem of consciousness" that might be, in principle, unsolvable.
Posted by John Piippo at 7:48 AM