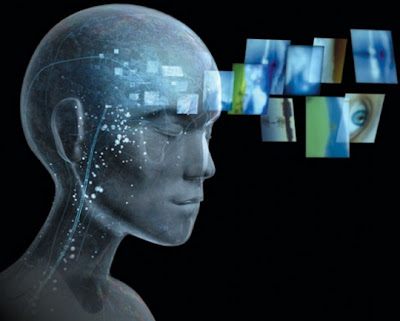 I went to bed last night listening to J.P. Moreland's "Argument From Consciousness for God's Existence." (You can download it here for $1.99.) Moreland's talk is a mini-presntation of his daunting Consciousness and the Existence of God. There Moreland defends the truth of the conditional statement: If irreducible consciousness exists (or is regularly correlated with physical states), then this provides evidence (to a degree Moreland specifies in ch. 2) for God's existence. (xi)


I see Moreland as going at what is, on philosophical naturalism, the "really hard problem" of first-person subjective consciousness, and claiming that, on theism, the "hardness" of the problem is seen as what we should expect to see if theism is true.
Moreland concludes: "I have argued that if property/event dualism is true, it provides evidence for the existence of God." (175)
Is this a good argument? I think so. But note this: the matter of "consciousness" is admitted by many to be a "mystery," and in principle an unsolvable one.
For example, consider philosopher Colin McGinn's excellent "All machine and no ghost?" Read this as a doorway into the discussion. Here are some highlights.
McGinn's point is: yes, consciousness is a great and amazing mystery, and likely will forever remain so. He concludes, in a display of rhetorical fireworks: "The "mysterianism" I advocate is really nothing more than the acknowledgment that human intelligence is a local, contingent, temporal, practical and expendable feature of life on earth - an incremental adaptation based on earlier forms of intelligence that no one would regard as faintly omniscient. The current state of the philosophy of mind, from my point of view, is just a reflection of one evolutionary time-slice of a particular bipedal species on a particular humid planet at this fleeting moment in cosmic history - as is everything else about the human animal. There is more ignorance in it than knowledge."

Moreland, on the other hand, sees theism as providing an explanation for consciousness. This is no "God of the gaps" thing, but the use of inference to the best explanation.

The Return of the Soul

Cambridge theoretical psychologist Nicholas Humphrey has invested in this discussion. He's interviewed here. He says: "What I also want to do is reintroduce the soul as a respectable issue for evolutionary psychology and philosophy." Consciousness looks and feels like "something from out of this world... It seems to be something that is beyond explanation in terms of what we know about the material world. That's a claim which many people, religious believers and philosophers, always make."

I agree. Consciousness is a bit of data that, as we attempt to investigate it, provokes awe and wonder and, for some like Moreland and me, brings us back to the matter of God.
Posted by John Piippo at 9:31 AM