How Japanese Religions Deal With Death 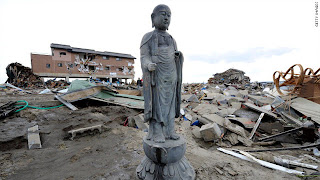 Cnn.com has an article on how Japanese religions deal with tragedy.