Our Furious Love Event is over. The God-event continues. Many of us are finding it difficult to talk about it, especially after Saturday evening. Here are some photos, with some commentary.

Greg Boyd spoke two times, contrasting a "Blueprint View" if the world with a "Warfare Worldview." I find his teaching and preaching brilliant and compelling. Many were stunned at the clarity and insights God brought to us through Greg. When Greg was with us at Redeemer a few years ago we had dinner at our home and watched "Napolean Dynamite" together. What if Napolean Dynamite got saved and was brilliant and Spirit-filled? That's Greg. You can find his writings on the Warfare Worldview here and here.

Greg played drums on our worship team Thursday evening. He is an excellent drummer! I played electric guitar. It was an empowering worship experience. 650 people were maxing out our sanctuary. Heidi Baker spoke that evening. She was coming to us directly from Mozambique. One of her flights was cancelled. I picked up her husband Rolland from the hotel and he was texting her trying to work out the flight details. We began our worship time later so that Heidi could be there to be part of it. I often play guitar with my eyes closed. I opened them at one point and Heidi was on her knees passionately worshiping. For me this was very moving. Holly Benner, our phenomenal worship leader, was God-led, taking us deep into His holy presence. 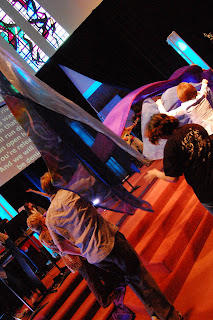 Heidi came forward. She got on her knees on the platform and continued worshiping, leading us in what became a beautifully haunting a capella singing. The sound crew later played this exprience back to me. We were trying to decide if we heard a violin section appearing out of nowhere accompanying the praise. 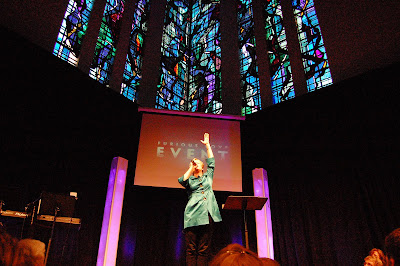 I don't know how to write about this right now...

Darren Wilson (producer of "Finger of God" and "Furious Love," as well as his new book Filming God) led a panel discussion which was transparent, real, vulnerable, and endeared us to all the speakers.


Angela Greenig taught on deliverance and led a session that no one will ever forget.


Shampa Rice opened Furious Love up on Wednesday evening with an incredible message on the love of God. Linda and I wish Shampa and her husband Jonathan were closer to Monroe! As a little girl growing up in Calcutta Shampa lived across from Mother Teresa. She would go and hug Mother Teresa's legs. Shampa did a second session and shared about her being abused as a child. It was yet another session no one will ever forget.

Mattheus van der Steen trained under Brother Andrew (of God's Smuggler). Mattheus is from the Netherlands. He spoke on Thursday evening and gave yet another unforgettable message accompanied by God's power. And, he gave what may be the funniest sermon illustration (out of his personal life) that I have ever heard.


We had people from around the U.S. and world with us. One newly married couple chose to celebrate their honeymoon at Furious Love. Here is Will Hart (from Randy Clark's ministry) blessing them.


I am so thankful Robbie Dawkins (Vineyard pastor in Chicago) was with us. I got to spend some time with him and his wonderful wife Angie. Robbie spoke twice, and gave the perfect, God-anointed message at Redeemer on Sunday morning.


I am so proud of the 100+ Redeemer servants who served like crazy worker bees throughout the entire event. Thanks to Josh Bentley who did a phenomenal job coordinating this. I heard many compliments about the hospitality that was lovingly served up to all. Here are a few of them. 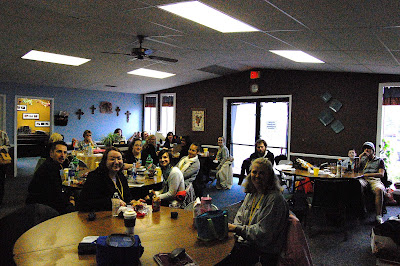 Saturday evening. Phillip Mantofa from Indonesia spoke on "Read the Bible." Linda said this evening was one of the three or four most significant evenings in all her life. Most of us cannot talk about it now. Words will not do it justice. God came. I'm feeling emotional as I write this. Something happened. Many of us think it was important in a way that goes beyond us. All of the speakers felt the same. It was different. It felt different. We shall see.