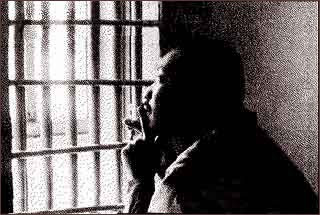 Some years ago, as I was mentoring one of my doctoral students at Palmer Theological Seminary, I read, for the first time, Martin Luther King's "Letter From Birmingham Jail." My student, a black denominational leader, was doing her doctoral project on the "prosperity gospel" and its negative, un-Jesus-like influence in the African-American churches under her leadership.

I distinctly remember reading King's letter and being stunned by it - by its clarity, its Jesus-likeness, its prophetic nature, it's love, and its brilliance. Note a few of King's statements below. Better yet, read it in its entirety.