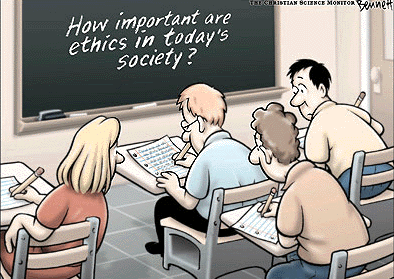 
William Lane Craig’s metaethical argument for the existence of God is:

1) If God does not exist, then objective moral values do not exist.

2) Objective moral values (OMVs) do exist.
3) Therefore God exists.
How can we argue for the truth of the second premise?

How do we know there are OMVs?

We recognize them. Like we recognize (1) “The lights in this room are on.”

The truth or falsity of (1) is objective, not subjective.

Consider (2) Racism is wrong. Is (2) true or false? The correct answer is: true.

But how do we know this?

Philosophers like Craig and Paul Copan (as well as Alvin Plantinga and William P. Alson) say that we just recognize that (2) is wrong, in the same we that we recognize the truth or falsity of (1).
So, moral values are apprehended. Like we apprehend, by sense experience, that the lights are either on or off. Moral values function like Plantingian properly basic beliefs.

Objection: you can’t prove that (2) is right.

This argument does not claim to indubitably prove this.

There are very few things in this life about which we can be absolutely (deductively) certain.

E.g., Craig says, “How do you know you’re not just a body lying in the Matrix and that all you see and experience is an illusory, virtual reality?” (All Craig quotes from "How Can God Be the Ground of Morality?")

This is partially true. Not entirely. Because nearly all cultures believe, e.g., (3): Stealing is wrong.

What if some culture believes (2) is wrong?

- The answer is: that culture is wrong. The reason we can say “racism is wrong” and “racists are wrong” is because “the ability to detect error presupposes an awareness of truth.” (Paul Copan, “God, Naturalism, and the Foundations of Morality,” in The Future of Atheism; Alister McGrath and Daniel Dennett in Dialogue, 142. Note: Copan's essay is one of the best I have ever read on this subject. He's an excellent writer and a very good thinker.)

- Copan writes: “Humans may misperceive or make logical missteps. However, such mistakes hardly call into question the general reliability of our sense or reasoning powers; indeed, they presuppose it.” (142)

Copan: “We possess an in-built “yuck factor” - basic moral intuitions about the wrongness of torturing babies for fun, of raping, murdering, or abusing children. We can also recognize the virtue of kindness or selflessness, the obligation to treat others as we would want to be treated, and the moral difference between Mother Teresa and Josef Stalin. Those not recognizing such truths as properly basic are simply wrong and morally dysfunctional.” (143)

Atheist Kai Neilsen writes: “It is more reasonable to believe such elemental things as [wife-beating and child abuse] to be evil than to believe any skeptical theory that tells us we cannot know or reasonably believe any of these things to be evil… I firmly believe that this is bedrock and right and that anyone who does not believe it cannot have probed deeply enough into the grounds of his moral beliefs.” (in Copan, 143)

Which means: basic moral principles are discovered, not invented.

Objection: evolution has programmed us to believe in certain values. Therefore those values are not objective.

- This commits an informal logical fallacy - the genetic fallacy.

- Craig says it’s “at worst a textbook example of the genetic fallacy and at best only proves that our subjective perception of OMVs has evolved.”

- The “genetic fallacy”: when someone tries to invalidate a view by explaining how that view originated or came to be held.

- Such as: “You only believe in democracy because you were raised in a democratic society.”

- Compare: “You believe the earth is round because you were born in a scientific age.”

(Note: one of yesterday's attendees shared this. "My professor told us that moral values came about  ss an evoutionary adapatation for our survival." But even if that is true, this only explains how persons came to believe that, e.g., Boiling babies for fun is morally wrong. The professor than concluded that we don't need God to explain moral values. But this is to mistake moral epistemology for moral ontology. In no way does this affect our moral argument as stated above. It also commits the genetic fallacy if one concludes that there is no God.)

Objection: But if evolution is true why should I think moral values are objective?

- Answer: because you clearly apprehend them. Evolutionary theory gives you a reason to doubt the objectivity of moral values ONLY IF naturalism (atheism) is true.

- This objection “begs the question” (an informal logical fallacy) because it presupposes that naturalism is true.

- Craig agrees that, if naturalism is true (if there is no God), then our moral experience is illusory. That, precisely, is Craig’s first premise in his metaethical argument for God’s existence.

Which is: If God does not exist, objective moral values do not exist.

If God does not exist then a moral universe is far less likely.

But, as Copan writes, If humans are God’s image-bearers, then it’s not surprising that they are capable of recognizing or knowing the same sorts of moral values – whether theists or not. (142)
Posted by John Piippo at 8:18 AM