Quotes from Mother Teresa on Abortion 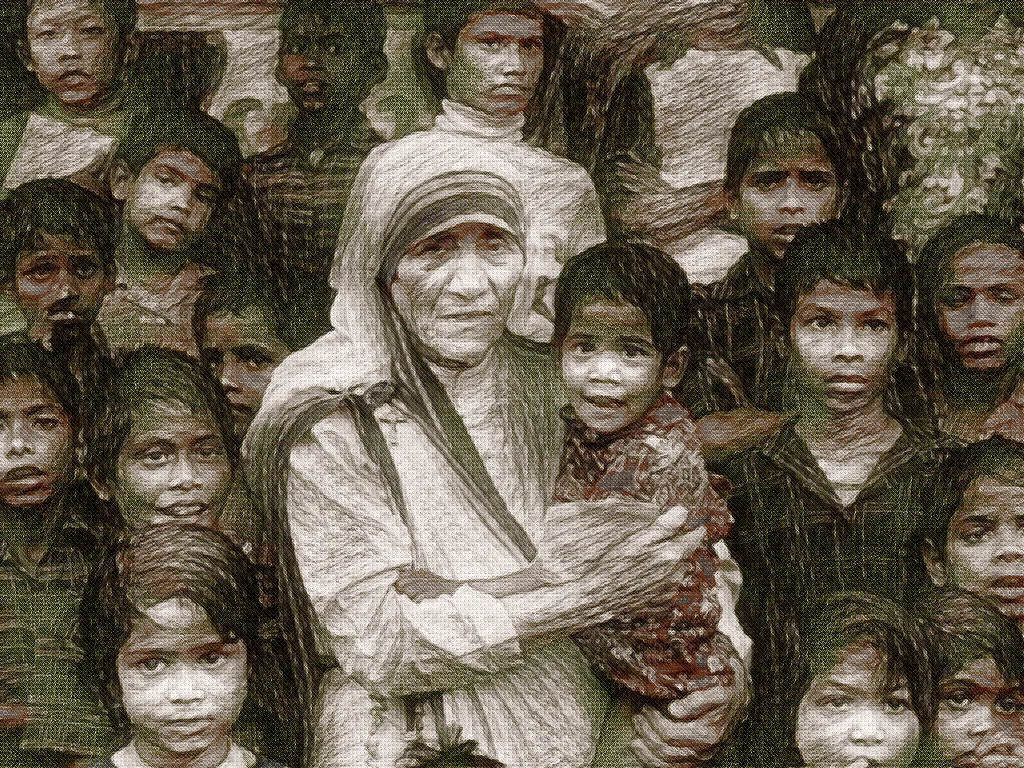 accept any child who would be aborted, and to give that child to a married couple

who will love the child, and be loved by the child. From our children's home in

Calcutta alone, we have saved over 3,000 children from abortions. These children

have brought such love and joy to their adopting parents, and have grown up so full

of love and joy!"

"Any country that accepts abortion, is not teaching its people to love, but to use any

violence to get what it wants."

"It is a poverty to decide that a child must die so that you may live as you wish."

"America needs no words from me to see how your decision in Roe v. Wade has

deformed a great nation. The so-called right to abortion has pitted mothers against

their children and women against men. It has sown violence and discord at the

heart of the most intimate human relationships. It has aggravated the derogation of

the father's role in an increasingly fatherless society. It has portrayed the greatest

of gifts -- a child -- as a competitor, an intrusion, and an inconvenience. It has

nominally accorded mothers unfettered dominion over the independent lives of

their physically dependent sons and daughters" And, in granting this

unconscionable power, it has exposed many women to unjust and selfish demands

from their husbands or other sexual partners. Human rights are not a privilege

conferred by government. They are every human being's entitlement by virtue of

his humanity. The right to life does not depend, and must not be declared to be

contingent, on the pleasure of anyone else, not even a parent or a sovereign." (Mother

"But I feel that the greatest destroyer of peace today is abortion, because it is a war against the child - a direct killing of the innocent child - murder by the mother herself. And if we accept that a mother can kill even her own child, how can we tell other people not to kill one another? How do we persuade a woman not to have an abortion? As always, we must persuade her with love, and we remind ourselves that love means to be willing to give until it hurts. Jesus gave even his life to love us. So the mother who is thinking of abortion, should be helped to love - that is, to give until it hurts her plans, or her free time, to respect the life of her child. The father of that child, whoever he is, must also give until it hurts. By abortion, the mother does not learn to love, but kills even her own child to solve her problems. And by abortion, the father is told that he does not have to take any responsibility at all for the child he has brought into the world. That father is likely to put other women into the same trouble. So abortion just leads to more abortion. Any country that accepts abortion is not teaching the people to love, but to use any violence to get what they want. That is why the greatest destroyer of love and peace is abortion. "

"What is taking place in America," she said, "is a war against the child. And if we accept that the mother can kill her own child, how can we tell other people not to kill one another." February 1997 - National Prayer Breakfast in Washington attended by the President and the First Lady.