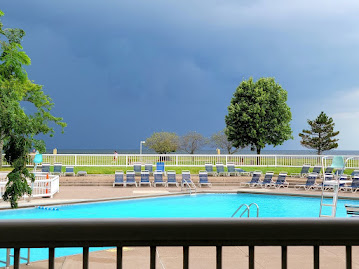 I know Greg Boyd, a little bit. We've had him at our church, twice. Greg is an excellent scholar, and a great preacher. And, he is his own person. It would be a mistake to try and label him. For example, his belief in a real Satan immediately places him outside true progressivism. (See here.)

In a recent book, where Greg argues for the plenary inspiration of Scripture (more non-progressivism), he expresses concern over the progressivist diminishment of Scripture. PC diminishes the authority of the Bible. It undermines faith, especially the faith of young believers. Greg Boyd, in his recent book Inspired Imperfection, has a similar concern.

“[Some are abandoning] the plenary inspiration of Scripture, which is precisely what I fear some progressive evangelicals are doing. I consider this a grave mistake. Among other things, denying Scripture’s plenary inspiration is inconsistent not only with the church tradition, but, as I will later argue, with the teachings of Jesus and some New Testament (NT) authors.

Not only this, but history demonstrates that when groups relinquish the church’s traditional view of Scripture, they tend eventually to float outside the parameters of historic orthodox Christianity.*

I consider the recent Emergent Church phenomenon to be a case in Point.”

This is tragic because, as Greg writes,

“If we imagine the church as a ship on a tumultuous sea, the Bible has always served as the rudder that keeps her on course. In our postmodern, post-Christendom, and (some are claiming) post-truth world, the sea in the Western world is as tumultuous as it has ever been. Which means, the Western church arguably has never needed its rudder more than it does right now.”