Religious Faith Is Good for Families 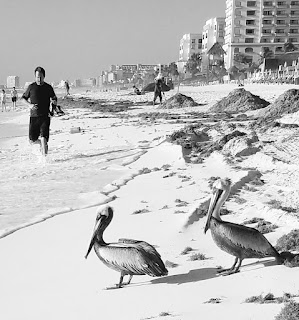 (Cancun)
In The God Delusion religious non-scholar Richard Dawkins claimed that parents who teach their religious beliefs to children are guilty of "child abuse." In The End of Faith Sam Harris declares that religious extremism is "the greatest problem confronting civilization."
Are parents who mentor their children in their faith child abusers, part of the greatest problem confronting civilization? The answer is: No, according to W. Bradford Wilcox, director of University of Virgina's National Marriage Project. In fact, religious faith is actually good for families. (See The Washington Post, "The latest social science is Wrong. Religion is good for families and kids.")
Bradford's findings include:
Wilcox cites the findings of French sociologist Emile Durkheim, who concluded:
Yes, there are religious families that are unhealthy. (As there are brutal atheistic families.) But, writes Wilcox, "religion in America is not the corrosive influence that it’s often made out to be nowadays. On the contrary, for many Americans, it’s a source of inspiration that redounds not only to their benefit, but also to their families and communities."

***
My two books are:
Leading the Presence-Driven Church
Praying: Reflections on 40 Years of Solitary Conversations with God
Posted by John Piippo at 7:53 AM