"Safe Places" and the Triumph of the Therapeutic 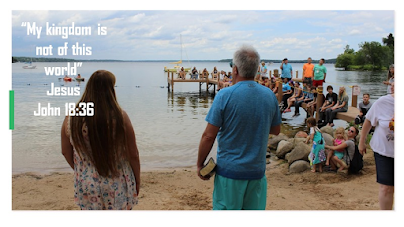 I am slowly re-reading Carl Trueman's brilliant, helpful The Rise and Triumph of the Modern Self.

I think I could now quote the entire 400+ page book.

Here's Trueman, drawing on Philip Rieff and Charles Taylor (here, and here), explaining the meaning of "safe places" in our therapeutic culture.

"[I]t is actually the result of the slow but steady psychologizing of the self and the triumph of inward-directed therapeutic categories over traditional outward-directed educational philosophies. That which hinders my outward expression of my inner feelings—that which challenges or attempts to falsify my psychological beliefs about myself and thus to disturb my sense of inner well-being—is by definition harmful and to be rejected. And that means that traditional institutions must be transformed to conform to the psychological self, not vice versa.

This could also be described, using [Charles] Taylor’s terminology, as the triumph of expressive individualism and of poiesis over mimesis. If education is to allow the individual simply to be himself, unhindered by outward pressure to conform to any greater reality, then the individual is king. He can be whoever he wants to be. And rejecting the notion of any external authority or meaning to which education is to conform, the individual simply makes himself the creator of any meaning that there might be. So-called “external” or “objective” truths are then simply constructs designed by the powerful to intimidate and to harm the weak. Overthrowing them—and thus overthrowing the notion that there is a great reality to which we are all accountable, whether that of the polis, of some religion, or of the economy—becomes the central purpose of educational institutions. They are not to be places to form or to transform but rather places where students can perform. The triumph of the therapeutic represents the advent of the expressive individual as the normative type of human being and of the relativizing of all meaning and truth to personal taste."