Solitude and Leadership (and why multi-taskers are poor thinkers) 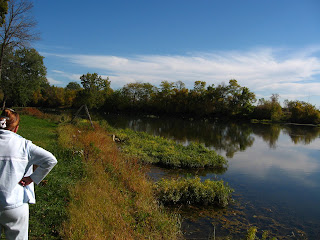 Here's a pretty cool essay by William Deresiewicz, given as a lecture to the plebe class at the United States Military Academy at West Point. Deresiewicz says that "true leadership means being able to think for yourself and act on your convictions."

How do you learn to do that? Not by multi-tasking. Deresiewicz cites a study that shows "the more people multitask, the worse they are, not just at other mental abilities, but at multitasking itself... Multitasking, in short, is not only not thinking, it impairs your ability to think. Thinking means concentrating on one thing long enough to develop an idea about it." Now that... is a great definition of "thinking."

Thinking for yourself "cannot be done in bursts of 20 seconds at a time, constantly interrupted by Facebook messages or Twitter tweets, or fiddling with your iPod, or watching something on YouTube." We do our best thinking by slowing down and concentrating. Deresiewicz gives these examples.

"I used to have students who bragged to me about how fast they wrote their papers. I would tell them that the great German novelist Thomas Mann said that a writer is someone for whom writing is more difficult than it is for other people. The best writers write much more slowly than everyone else, and the better they are, the slower they write. James Joyce wrote Ulysses, the greatest novel of the 20th century, at the rate of about a hundred words a day... for seven years. T. S. Eliot, one of the greatest poets our country has ever produced, wrote about 150 pages of poetry over the course of his entire 25-year career. That’s half a page a month. So it is with any other form of thought." Leadership is a slow-cooker, not a microwave.

Deresiewicz argues that "concentration" and "focus" are achieved through "solitude." In solitude one is not being bombarded by the thoughts of other people, but is forced to think for one's own self. He writes:

"Solitude can mean introspection, it can mean the concentration of focused work, and it can mean sustained reading. All of these help you to know yourself better. But there’s one more thing I’m going to include as a form of solitude, and it will seem counterintuitive: friendship. Of course friendship is the opposite of solitude; it means being with other people. But I’m talking about one kind of friendship in particular, the deep friendship of intimate conversation. Long, uninterrupted talk with one other person. Not Skyping with three people and texting with two others at the same time while you hang out in a friend’s room listening to music and studying. That’s what Emerson meant when he said that “the soul environs itself with friends, that it may enter into a grander self-acquaintance or solitude.”"

Solitude, says Deresiewicz, "is the very essence of leadership. The position of the leader is ultimately an intensely solitary, even intensely lonely one. However many people you may consult, you are the one who has to make the hard decisions. And at such moments, all you really have is yourself."

Learn to spend time with yourself. Just you and God. Jesus had a habit of getting away to be alone with the Father. If he needed to do this, so do we. And remember: Jesus of Nazareth is the most effective leader who has ever lived.
Posted by John Piippo at 11:26 AM