The Moral Barrenness of Humanism 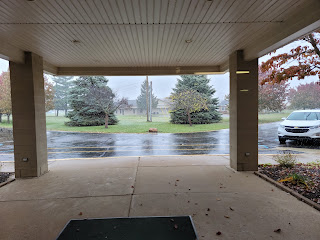 I have long been puzzled when an atheistic humanist spends time trying to refute Christian theism. Were I a humanist, I would not spend the precious years of my life debunking Christianity. If life, on atheism, has no ultimate purpose and meaning, of what purpose and meaning could it be to assault religious beliefs, especially since there's evidence that religious beliefs have made people better? (As well as studies showing, like this one, that atheism fuels violence.)

I have also felt confused when atheistic humanists make moral judgments. After all, if there is no Divine Command Giver, morality is simply a subjective human invention. How silly, therefore, for a humanist to morally critique me. (The answer to that question is no one; nothing.)

Atheist humanist William Deresiewicz, in his essay "Disenchantment and Dogma," believes the same. In his critique of New York Times opinion columnist Ross Douthat (who is a Christian theist), Deresiewicz, while puzzled that such an intelligent person as Douthat can believe in God, agrees with Douthat on the following.

"Douthat is right about one thing, and it is a very big thing. He is right (the point is only touched on in this particular piece, but he has pursued it elsewhere, and it is the very premise of the kind of argument he’s making here) that secularism leaves us in a moral and spiritual and in some sense emotional vacuum. It doesn’t tell us what to do or how to live; it doesn’t connect us to anything larger than ourselves; it doesn’t bring us into relationship with other people. It leaves us alone with our terrors, our confusions, our despair."

Secular humanism leaves "unaddressed the ineluctable hungers of youth: for purpose, for meaning, for belonging, for belief in something larger than the self. And so, into that vacuum, has lately stepped the ideology of “social justice,” with all the certainties and all the furies of a new religion on the march. Not only students but their institutions, which had been equally in search of purpose, have been quick to take the hint. With stunning speed and unanimity, colleges and universities have rebranded themselves en masse as seminaries of social action, places where you go to learn to “change the world.”"

"As a replacement for religion, humanism has not fulfilled the hopes that people had for it, and neither has secularism in any of its other manifestations. They never can, and they never will. And so modernity is fated to be raked by periodic gusts of religious enthusiasm—Romanticism, communism, spiritualism, even the 60s itself, with its social crusades, its shamanistic drugs, its rock and roll revival meetings. Like all millenarian movements, each enthusiasm thinks that it’s the final one, the end of history and the transfiguration of the species, and each one falls in turn."

A humanist cannot accept what Deresiewicz calls "supernatural religion." His problem with Douthat is briefly and insufficiently expressed. But he is right about this. Secular humanism "leaves us in a moral and spiritual and emotional vacuum." So, at least, perhaps, we could be rid of humanistic moralizing, as if that was giving us, from a place of nowhere, a moral compass.