Authenticity Is Not to Be Praised 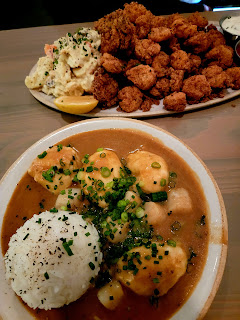 More and more, in conversation with people, I hear the word "authentic" used.

"She is such an authentic person."

"The people in that church are inauthentic."

"I'm looking for people who are authentic."

"I haven't been authentic with you."

"Bring your whole self. Part of what made community in our previous contexts challenging stemmed from a fear of showing up authentically in our true humanity. Whether we felt we had to hide our doubts, weird beliefs, or areas of struggle, eventually we felt dis-integrated." Martin, Colby. The Shift (p. 103). (Emphasis mine.)

The root of our English word "authentic" is the Greek word autos. Autos means "self." "Authentic" has connotations of "being who you really are." Be, in your life and choices and actions the same as who you are on the inside. To do otherwise is to be inauthentic, a fake, a hypocrite, an actor.

For example, Hitler oversaw the slaughtering of six million Jews. It appears his choices and behaviors were consistent with his character. He appears to have been well-integrated. He really did believe Jews (and gypsys) were the scum of the earth, to be eradicated. Just read Mein Kampf to see that, in the depths of Hitler's being, he was antisemitic.

In Britannica.com we read:

According to Hitler, it was “the sacred mission of the German people…to assemble and preserve the most valuable racial elements…and raise them to the dominant position.” “All who are not of a good race are chaff,” wrote Hitler. It was necessary for Germans to “occupy themselves not merely with the breeding of dogs, horses, and cats but also with care for the purity of their own blood.” Hitler ascribed international significance to the elimination of Jews, which “must necessarily be a bloody process,” he wrote."

Authenticity is the quality of being genuine or real. (See here.) Given that definition, Hitler was the real deal. A person can be evil and authentic, like Hannibal Lecter. Hence, authenticity is not something, in itself, to be either praised or blamed.