Are You a "Safe" Person? 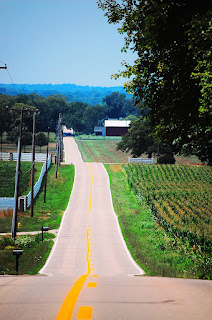 Are you a safe person? Am I? It depends.

Jesus was not a safe person. He challenged the religious establishment. He claimed to be a king. His self-understanding was that he was the long-awaited Messiah. Hence, he was crucified.

C. S. Lewis, in The Lion, the Witch, and the Wardrobe, writes that Aslan (i.e., Jesus) is "not a tame lion." In the concluding chapter the narrator tells the reader,

"But amid all these rejoicings Aslan himself quietly slipped away. And when the Kings and Queens noticed that he wasn’t there they said nothing about it. For Mr. Beaver had warned them, ‘He’ll be coming and going’ he had said. ‘One day you’ll see him and another you won’t. He doesn’t like being tied down—and of course he has other countries to attend to. It’s quite all right. He’ll often drop in. Only you mustn’t press him. He’s wild you know. Not like a tame lion.""

Aslan is unrestrained and independent of the whims of the individuals around him. What does that mean? The dialogue goes like this.

Recently someone told me that my church was not a safe place for them. By this, they meant I, as one of our pastors, did not affirm, or coddle, all their beliefs. (For brilliant stuff on this mentality, see Jonathan Haidt, The Coddling of the American Mind.) "Safe" depends on what one is trying to preserve and protect. A physical "safe" protects valuables. The real issue is what one finds valuable. Metaphorically, this includes beliefs.
If I am a racist, will my racist ideology be nurtured, welcomed, and flourish in the Jesus-culture? Not as I see it. My culture (Linda and myself) will not be a safe place for a racist. We can, by the power of the Holy Spirit, love a racist, without affirming a racist ideology. But in my Metanarrative, racism is not valued and nurtured, and therefore is not protected and kept safe.
Is my church a safe place? No and yes. No, certain postmodern, progressive, secular ideas are not safe here. And, a number of my orthodox Christian beliefs and values do not find a safe home among progressive Christians and so-called "exvangelicals." Exvangelicalism is not a safe environment for my belief, e.g., that marriage is between a man and a woman. (For more, see my recent book Deconstructing Progressive Christianity. For how to hold to my belief and love at the same time, see Greg Johnson, Still Time to Care.)
Every ideology, every worldview, embraces and excludes. The idea of a safe ideology often means "safe for my particular beliefs." The idea of a "safe" person, an "authentic" person, is a *utopian vision deeply rooted in the visionary's own self-understanding, or lack thereof.
You have a worldview. Perhaps, like me, you have a fairly studied Christology. A worldview, like yours, is not a safe place for all beliefs. As such, you are not a "safe person" for everyone. As Thomas Kuhn showed us in The Structure of Scientific Revolutions, worldviews are "incommensurable." That is the nature of the beast. The real issue is not safety, but what is the Metanarrative, what is truth, and, in this discussion, who is Jesus.
***
*utopian - I am thinking of Hegel's dialectics with their utopian, spiritual outcome; and Marx's dialectical materialism and its material utopia.
**
My books are:

Leading the Presence-Driven Church
Encounters with the Holy Spirit (co-edited with Janice Trigg)
Deconstructing Progressive Christianity
31 Letters to the Church on Discipleship
Posted by John Piippo at 10:50 AM