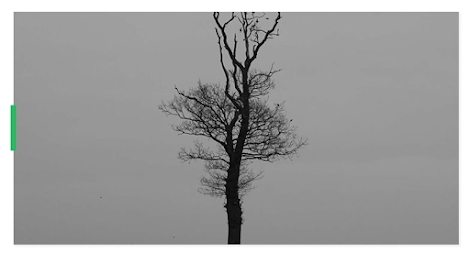 A final note before I begin this fourth post. I have read, as a theologian myself, several of the theologians who are usually associated with progressive Christianity. (Postmodernism, deconstruction, critical theory, linguistic semantics and philosophy of language (my dissertation was in this area), and, yes, political progressivism.) Some of them have written books and articles that I have benefitted from. But then, along the way, some of them turned away from some core beliefs that I see as important to our faith. Some of them were "deconverted" from evangelical Christianity. That has saddened me.

Today someone sent me this quote. The author of the quote is a spiritual director named Roger Wolsey. 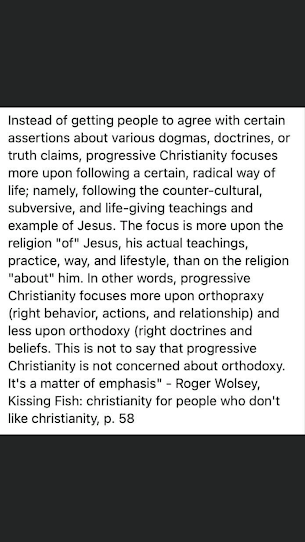 I agree that right behaviors and actions are important. Faith without actions is dead. But there are countless examples of the power of beliefs to effect actions. In numerous cases, a belief rightly ought to precede any action. And, the religion "of" Jesus is heavily, I'd say massively, invested in Jesus's  identity. It is crucial to identify just who is ding on that cross.

Beliefs cause behaviors. Consider the belief Racism is wrong. Someone who believes this statement is true will have moral grounds to act upon it.

Consider the belief If I get the coronavirus vaccine, I will be more protected from coronavirus. Someone who believed that statement to be true would, presumably, act so as to get the vaccine.

A million examples could be given. Here are a few more that, if believed to be true, will likely lead to actions and behaviors.

The steel beams in this building have been structurally compromised.

If I fail this exam, then I will not graduate.

A sure path to wealth is to get a degree in philosophy.

The world is going to end one hour after I finish reading this sentence.

Often, we act without reasoning. Daniel Kahneman has called this "fast thinking." This is not always good. But sometimes, before we act, we engage in "slow thinking." We reason. We formulate and evaluate. Whenever we do this, we are dealing with beliefs. (See Kahneman, Thinking Fast and Slow)

I agree that how a person acts in relation to a belief can be an indicator of whether or not the person really believes. But this does not mean that a person just acts, devoid of any belief that is good or true. We don't launch the manned spacecraft without months of checking hundreds of belief-boxes.

One progressive Christian example of the belief that Actions are to be emphasized more than beliefs is Colby Martin's interpretation of Jesus's questeion to Peter, "Who do you say that I am?" (In Martin, The Shift: Surviving and Thriving after Moving from Conservative to Progressive Christianity.) Here's the text. Brace yourself. Martin is going to take his postmodern metanarrative and force it onto the text.

13 When Jesus came to the region of Caesarea Philippi, he asked his disciples, “Who do people say the Son of Man is?”

14 They replied, “Some say John the Baptist; others say Elijah; and still others, Jeremiah or one of the prophets.”

16 Simon Peter answered, “You are the Messiah, the Son of the living God.”

17 Jesus replied, “Blessed are you, Simon son of Jonah, for this was not revealed to you by flesh and blood, but by my Father in heaven. 18 And I tell you that you are Peter,[b] and on this rock I will build my church, and the gates of Hades[c] will not overcome it. 19 I will give you the keys of the kingdom of heaven; whatever you bind on earth will be[d] bound in heaven, and whatever you loose on earth will be[e] loosed in heaven.” 20 Then he ordered his disciples not to tell anyone that he was the Messiah.

Here is Martin's unbelievable explanation of what he thinks is really going on here (note: he has the answer, which is a progressivist no-no).

"Notice that Jesus didn’t exactly affirm that Peter got the answer right. That wasn’t the point. What Jesus did do, though, should slash most church’s evangelism budgets in half." (I'm calling our church's financial team right now!)

Upon hearing Peter’s belief that Jesus was the Christ, Jesus said, “Happy are you . . . because no human has shown this to you.” For Jesus, the best part of Peter’s response had little to do with accuracy and everything to do with the fact that he arrived at his conclusion on his own."  Martin, Colby. The Shift (pp. 66-67). Fortress Press. Kindle Edition.

No human has shown this to Peter. Correct.

Peter said, "You are the Messiah, the Son of the living God?" But, according to Martin, that's not the point. Jesus doesn't care if Peter is correct or not.

All that Jesus cares about is this: "Peter! You arrived at this conclusion on your own! The conviction in your heart - that came from inside you! Yay! You be you!"

But what about the line in the text that says "my Father in heaven" has revealed this to Peter? Martin writes:

"When Jesus says, “my Father who is in heaven has shown you,” he’s naming that the conviction in Peter’s heart and mind—that Jesus was the Christ—came from within him.""

Martin is saying that this conviction of Peter's...  didn't really come from the Father, who is in heaven? Wow. Now I am thinking of New Age theologies. Jesus becomes an ever-evolving Rohrshach test. One wonders if even God got it right at Jesus's baptism.

Martin concludes his chapter on "Who Is Jesus?" with this.

We reply, “You are the human one, the loved child of God.”

Jesus smiles and says, “And so are you. How great is that?”

There are so many Christological things going on here that are questionable that I don't know where to begin. But I do know I could never identify with progressive Christianity if Martin is representative of it. And, I cannot help thinking of a dialogue that goes like this.

"Who do you say that I am? Remember, you don't have to get this right. All that counts is that it comes from you," says Jesus.

I reply, "You are a waffle chicken sandwich."

Jesus smiles and says, "And so are you. How great is that?"

I am now writing my book on deconstructing progressive Christianity.