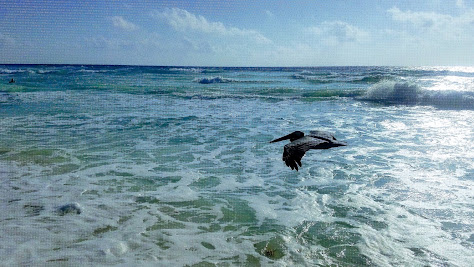 I'm giving a hat tip to Jacques Derrida. "Deconstruction" originated with Derrida. Since then, it is used in a variety of ways that are alien to what Derrida was saying. Often, perhaps always, the more a term is used, and as it enters public domain, it becomes misused, and gets vaguer and vaguer. This is what has happened to "deconstruction," which in America, has become synonymous with "destruction."

The term "progressive Christianity" suffers a similar fate. It's woefully vague; hence, for me, it is useless. But more about that in my forthcoming second post on why I could never self-refer as "progressive."

Now...  fasten your seat belts or, perhaps, just eject...  here is one of the best explanations of "deconstruction" I have read. It's from Christopher Norris's book Derrida.

"Deconstruction is neither 'method' on one hand not 'interpretation' on the other. In fact it is not too difficult to come up with a concise formula that would make it sound very much like a 'method' and yet describe accurately some of Derrida's most typical deconstructive moves. What these consist in, very briefly, is the dismantling of conceptual oppositions, the taking apart of hierarchical systems of thought which can then be reinscribed within a different order of textual signification. Or again: deconstruction is the vigilant seeking out of those 'aporias', blindspots or moments of self-contradiction where a text involuntarily betrays the tension between rhetoric and logic, between what it manifestly means to say and what it is nonetheless constrained to mean. To 'deconstruct' a piece of writing is therefore to operate a kind of strategic reversal, seizing on precisely those unregarded details (casual metaphors, footnotes, incidental turns of argument) which are always, and necessarily, passed over by interpreters of a more orthodox persuasion. For it is here, in the margins of the text - the 'margins', that is, as defined by a powerful normative consensus - that deconstruction discovers those same unsettling forces at work. So there is at least a certain prima facie case for the claim that deconstruction is a 'method' of reading with its own specific rules and protocols. And indeed, as we shall see, the above brief account of Derrida's deconstructive strategy does provide at least a fair working notion of what goes on in his texts." (p. 19)

Let me add a teaser here. For Derrida, deconstruction considers all subject predicate sentences (of the form S is P) false. To understand deconstruction includes understanding why Derrida thinks this way. And it is to understand why, for Derrida, writing is inferior to speech. But who has time to understand such things, except for a pastor like me who only works for two hours on Sunday mornings?

In my coming post on why I cannot use "progressive" to qualify my Christianity I will expose the glossed-over idea of "progress" as mythical and utopian; hence, as not fitting with the Christian worldview. (My post will not be this technical!)

(And, BTW, deconstruction, when understood, has some intractable philosophical problems. That's another story...)