Microaggression Complaints Arise from a Culture of Victimhood 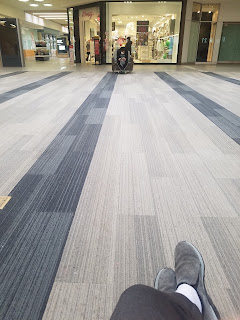 I am a Detroit Lions fan.

The Lions won a few games this past season. After one of their rare wins, I posted this on Facebook: The Lions win again!

One person asked, "What do you mean, again?"

My response was, "Well, they've won before."

But another person attacked me, accusing me of supporting Marxist socialism because I watched the Lions game. (Yes, this really happened.) I removed their response.

They were hurt, wounded, by my statement. Call this a microaggression.

I am now reading The Rise of Victimhood Culture: Microaggressions, Safe Spaces, and the New Culture Wars, by Bradley Campbell and Jason Manning. They write:

Where does this new moral culture come from?

"Microaggression complaints arise from a culture of victimhood in which individuals and groups display a high sensitivity to slight, have a tendency to handle conflicts through complaints to authorities and other third parties, and seek to cultivate an image of being victims who deserve assistance. This new moral culture, we shall see, differs sharply from other moral cultures—such as cultures of honor, where people are sensitive to slight but handle their conflicts aggressively, and cultures of dignity, where people ignore slights and insults. The current debate about microaggressions arises from a clash between dignity culture and the newer culture of victimhood." (P. 39)

I picked this book up because it is highly recommended by Johnathan Haidt (The Coddling of the American Mind.)