Paul's Experience of the "Third Heaven" 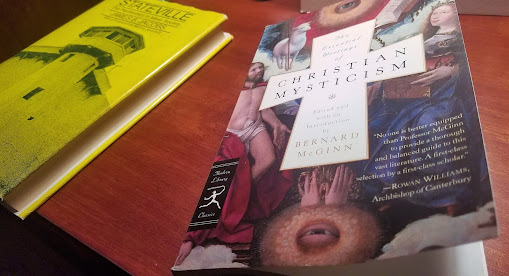 It's Tuesday morning. I'm listening to Mark Isham's Pure Mark Isham, one of my go-to albums.

"The grace of God..., through the co-operation of the Spirit, makes possible through his will things which are to our rational and mortal nature impossible. For they are very great, and beyond man's compass, and far transcend our mortal condition." (In McGinn, 82)

I have called such things non-discursive experiences.

Then, Origin refers to 2 Corinthians 12:1-4, where someone is "caught up to the third heaven."

I must go on boasting. Although there is nothing to be gained, I will go on to visions and revelations from the Lord.
I know a man in Christ who fourteen years ago was caught up to the third heaven. Whether it was in the body or out of the body I do not know—God knows.
And I know that this man—whether in the body or apart from the body I do not know, but God knows— was caught up to paradise and heard inexpressible things,
things that no one is permitted to tell.

What does that mean?

Craig Keener has a section on this in the NIV Cultural Backgrounds Study Bible. Craig writes: