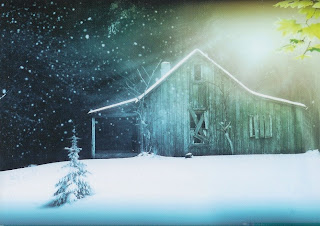 A friend sent me this video of Mark Driscoll critiquing William Young's The Shack, and asked me what do I think of what Driscoll says? Here are thoughts I wrote as I watched the first 2:48 minutes and decided I'd seen enough.


The Shack is a literary work, a story, not a series of logical propositions. And, BTW, so is Scripture. Scripture is The Grand Narrative. This does not mean it does not contain propositional content. But it is big-time anachronistic to approach Scripture via Western logic. One will misread it if that happens.

Approaching minute 2 Driscoll has yet to say anything meaningful re. his disagreement with The Shack.

Now he gives a reason at minute 2. “Do not make a graven image of God.” The Shack, he says, is guilty of this! He looks totally dumbfounded and incredulous that such a thing could be done. OK. So just how is The Shack an example of this? True, God is spirit – “God doesn’t have a physical body.” Correct. God’s not a lion, either, e.g.; like C.S. Lewis’s Aslan. But… Aslan is Jesus, not God. Will people start worshiping literal, physical lions as a result of reading the Narnia stories? How about this: destroy all children’s books that depict God? Driscoll says: “You can’t take God and try to represent him in a picture.” A kid… can’t draw a picture of God? Not… “If you make God look like an old man, that’s a graven image.” Now I am thinking of all the idolatrous Jesus-kids in this world...

I decide: That’s all I’m going to listen to re. Driscoll’s Shack-critique. I’ll stop at minute 2:48. The Shack is an overt literary work that disclaims the literal physicality of God. Dricoll’s logical error is: 1) mistaking the telling of a story for a literal physicalism, and then; 2) confusing the prohibition against making graven images of God and worshiping them with narratival-fictive-anthropomorphic (even biblical) ways of understanding God. In a fictive way it does a wonderful job of expressing Trinitarian theism. It is story-art. Scripture itself speaks figuratively of God as having:

• And so on…, with many body parts used in many Bible verses to figuratively express the being of God.

A lot of Christian art would be tossed into the flames if we followed Driscoll’s anachronistic and narrow reading of Scripture. And, BTW, The Shack does not actually draw a picture of God, does it? But even if it did, it wouldn’t be to literally worship. Great Christian art (which The Shack probably is not…) leads us to worship, not the art itself, but God. Driscoll’s fears that people will read The Shack and come away viewing God as an African-American woman + Middle-Eastern man +Asian woman are unfounded.

Driscoll says The Shack is essentially a book about The Trinity. No it’s not. It’s a book about the problem of evil and forgiveness. It uses biblical truths like John 14-16 to illustrate God as a three-personed Being, and the Jesus-invitation to join the Big Dance (perichoretic union).