More On the Nonscientific Foundation of "Science" 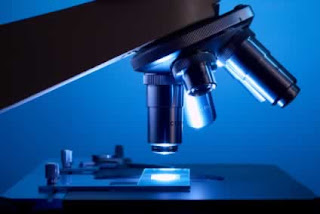 It's Sunday night and I'm ready philosopher + theist + Jesus-follower Dallas Willard. Sometimes I feel I want to just quote everything he says! So, just read Knowing Christ Today: Why We Can Trust Spiritual Knowledge. It's perceptive, prophetic, and, I think, passionate and desperate.

I just read something that relates to a recent post I made - "Science Has Its Limits." Willard writes: "Nothing would be more helpful in the midst of today's confusions than a thorough understanding of the nature and limitations of "science" itself." (K 901-9) Now that's quite a statement! "Nothing" would be more helpful than this? Willard continues:

"But the sciences themselves cannot provide such an understanding, because each one is limited to its particular subject matter (which certainly is not "science"), and so the necessary work cannot be done in any way that is "scientific" under current understandings." A biologist, e.g., make specialize in the study of DNA. He studies DNA scientifically. That's good. But such study is not of "science," since by the tools of science one cannot empirically study science. We can see the double helix under a powerful microscope, but in the process do not observe "science."

Willard writes: "That reveals the impasse of modern life. Science is the presumed authority on knowledge, but it cannot provide scientific knowledge of science." (Ib.) That's, in my mind, basic philosophy of science stuff I learned as an undergraduate. Willard's complaint is that few understand this, and it is rarely taught. In the meantime "bright and well-meaning people often make claims for science that are far from logically warranted. Such is the cultural prestige of science." (Ib.)

Persons who hold to the idea that science is omnicompetent are not scientifically-minded enough. "Actually, what we see here are the influences of an unsupported worldview." (Ib., K 917-26)

Note: it won't do to retreat to the idea that science "works." See here.

For Brown University biologist Kenneth Miller on the limitations of science see here.
Posted by John Piippo at 11:20 PM